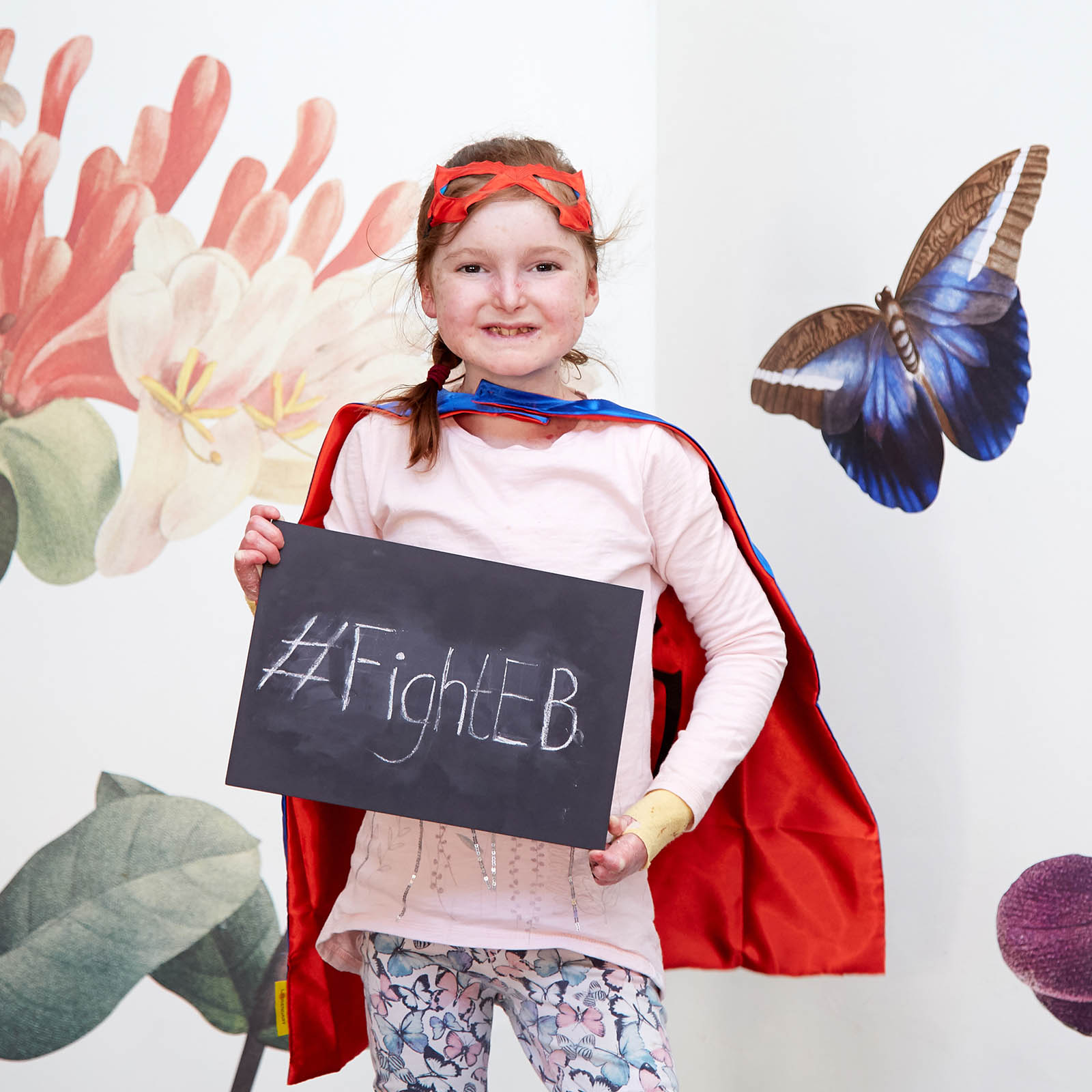 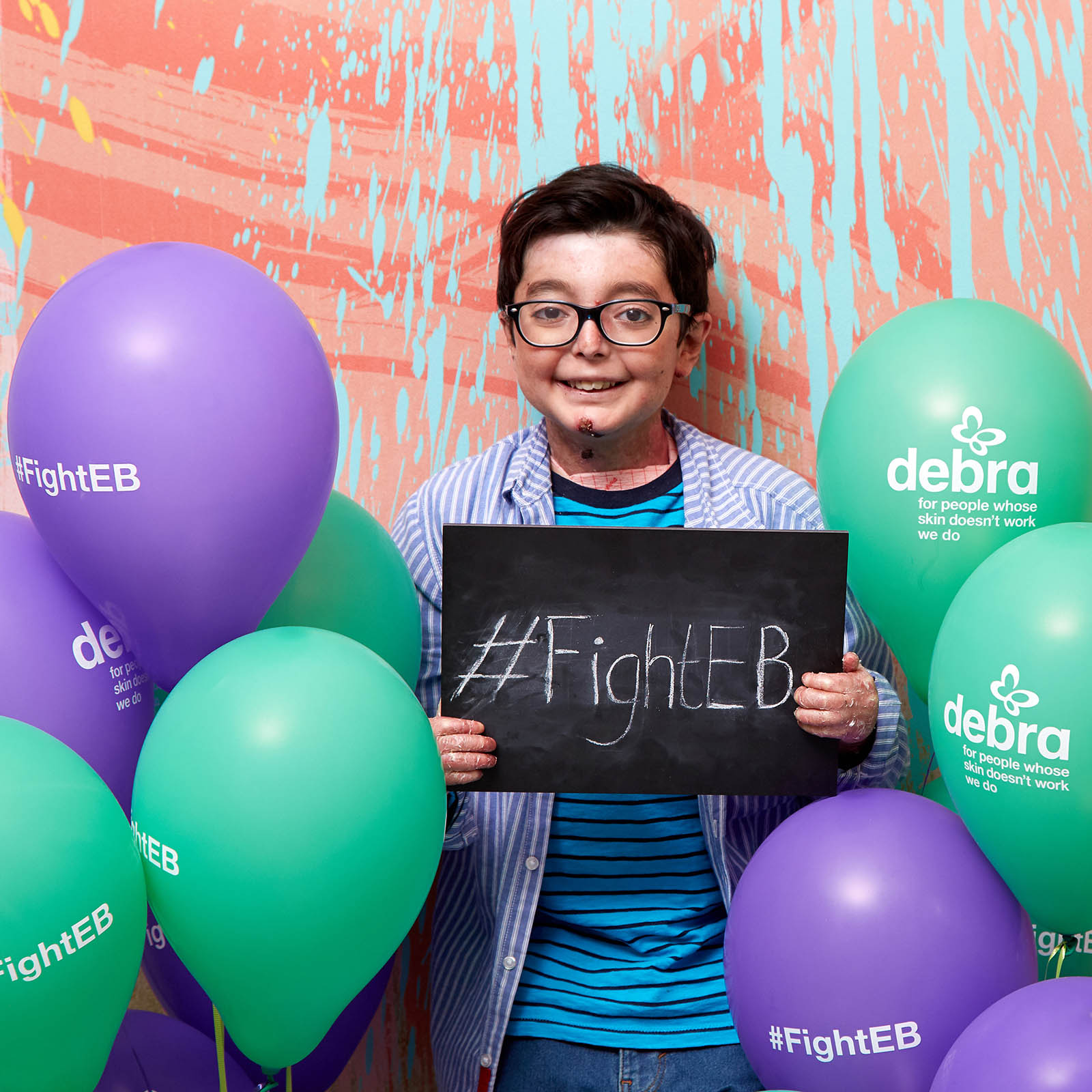 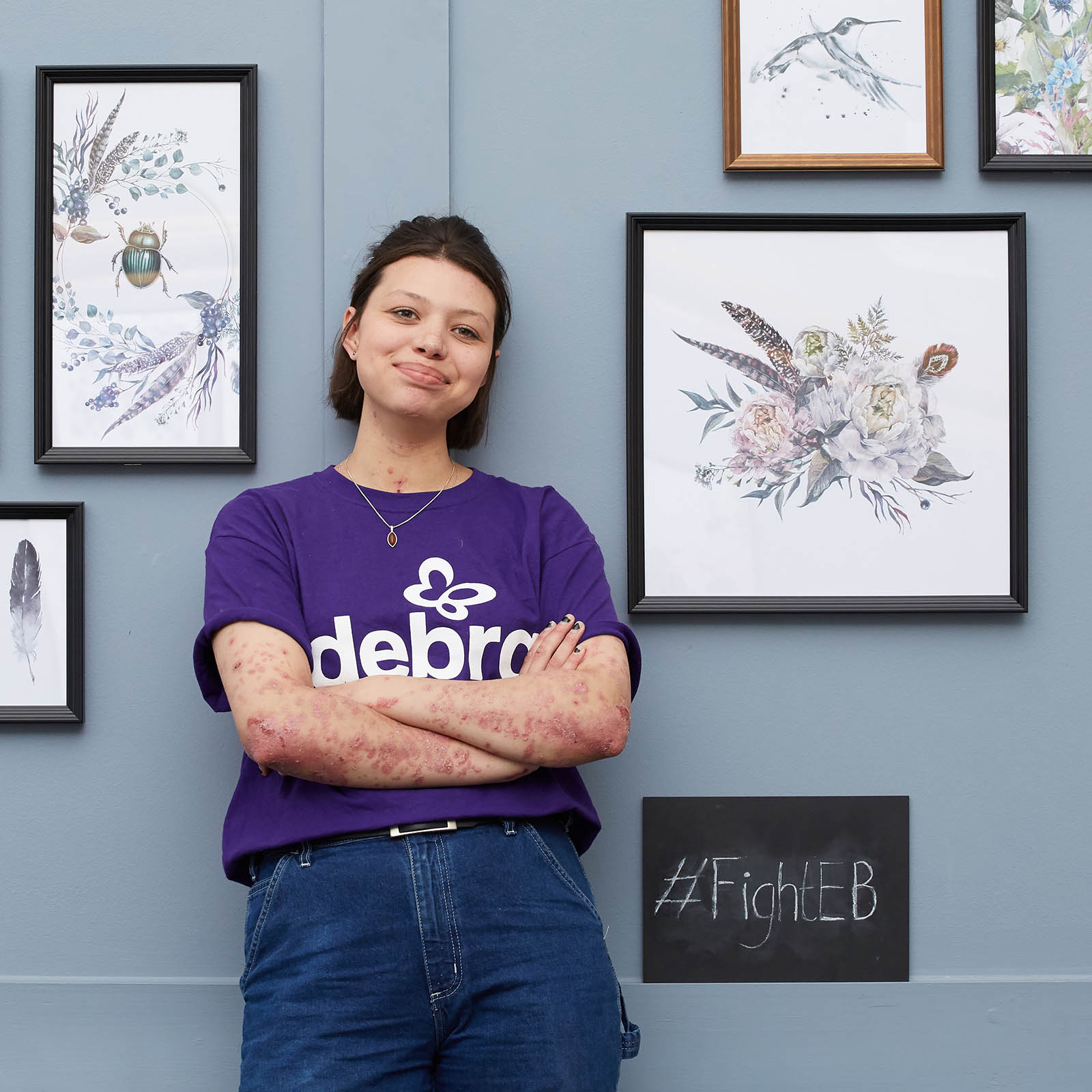 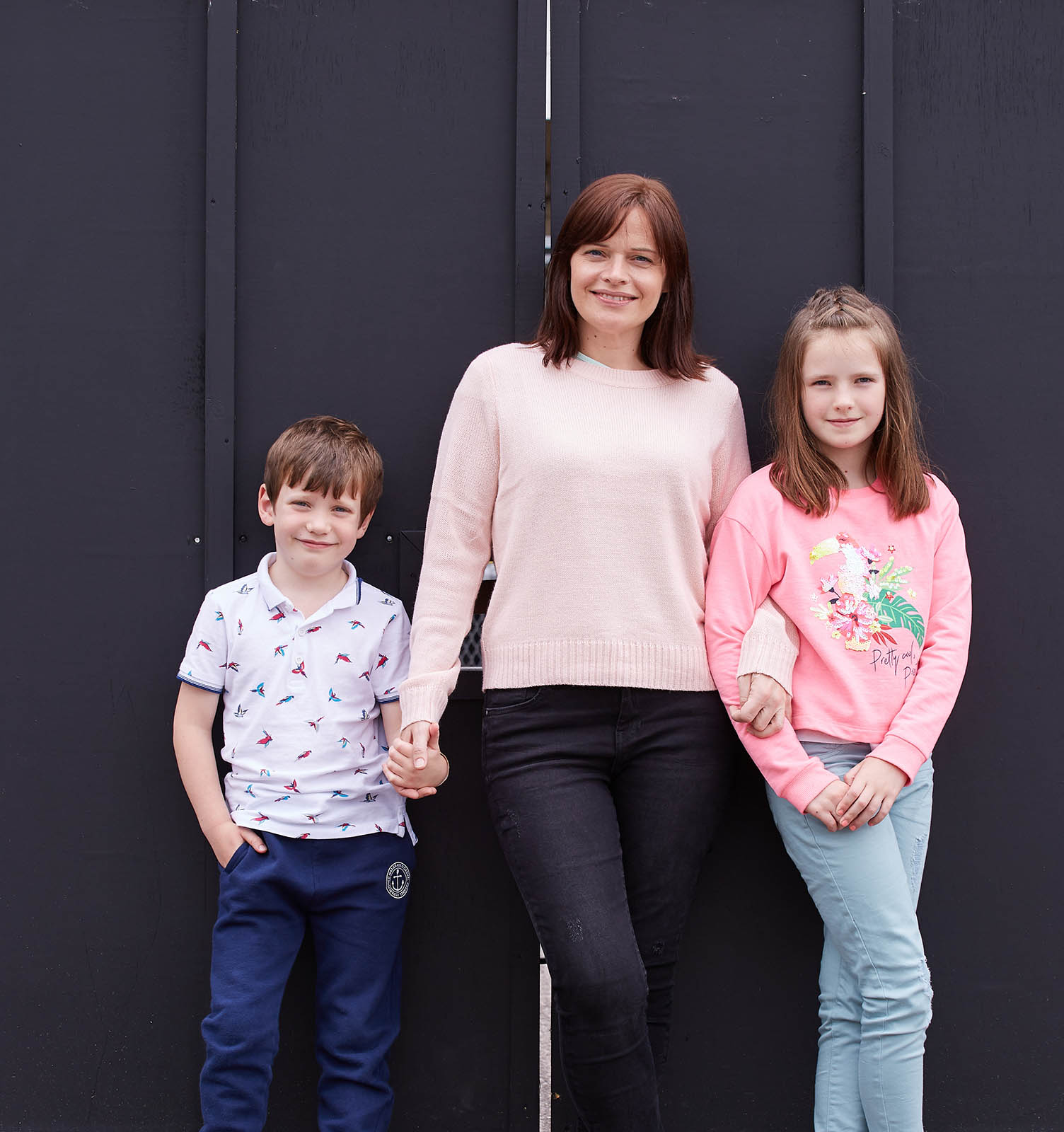 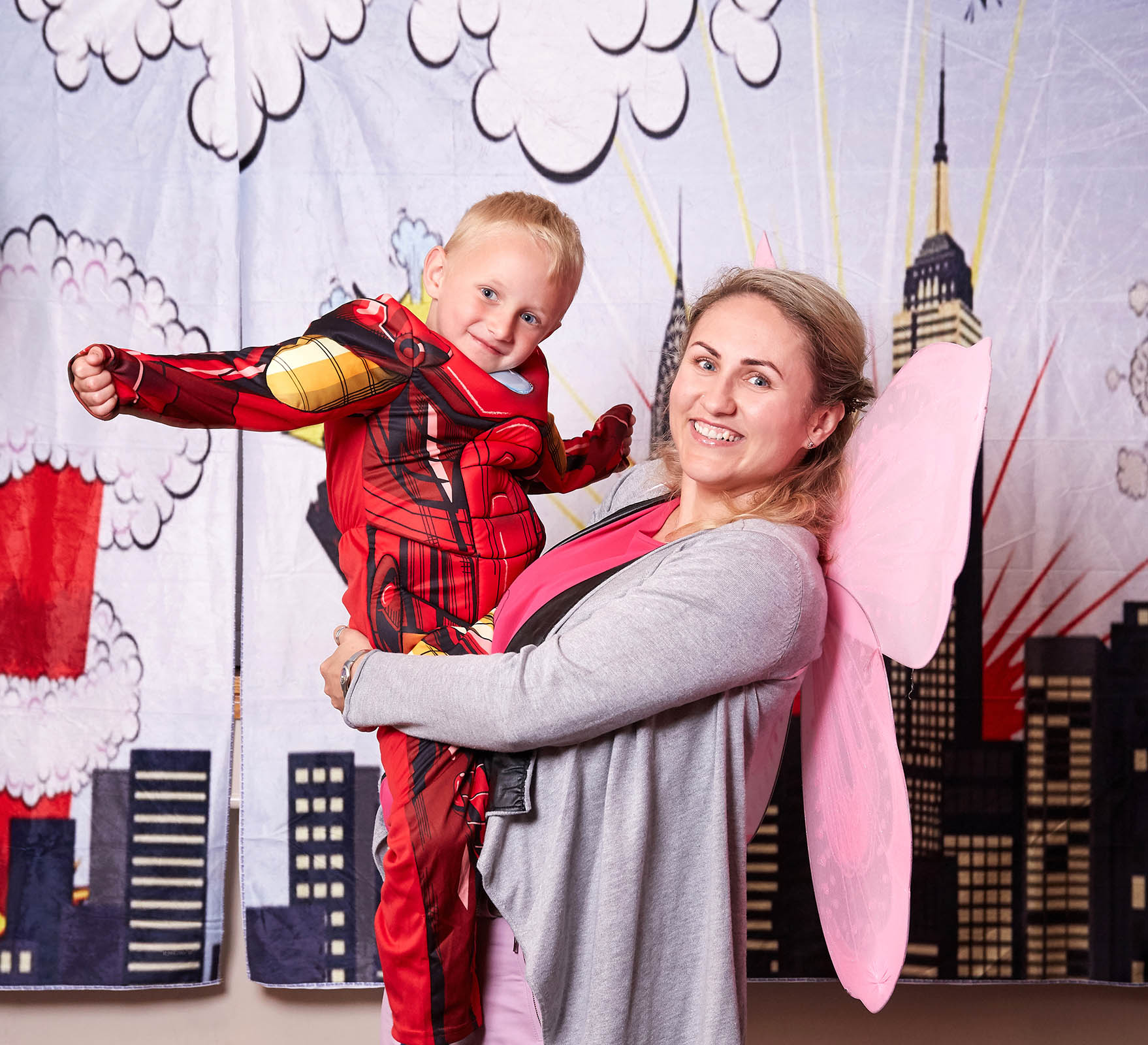 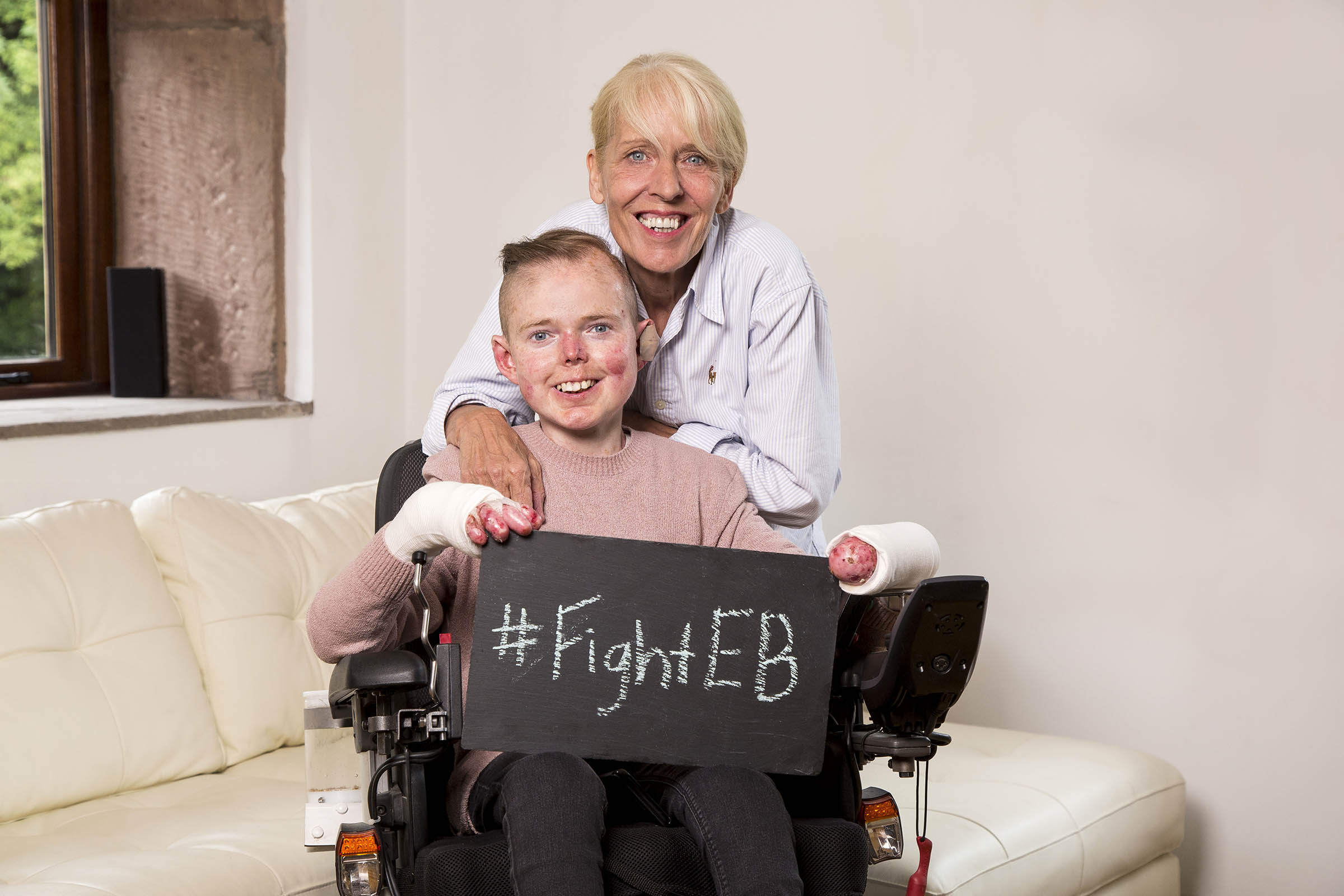 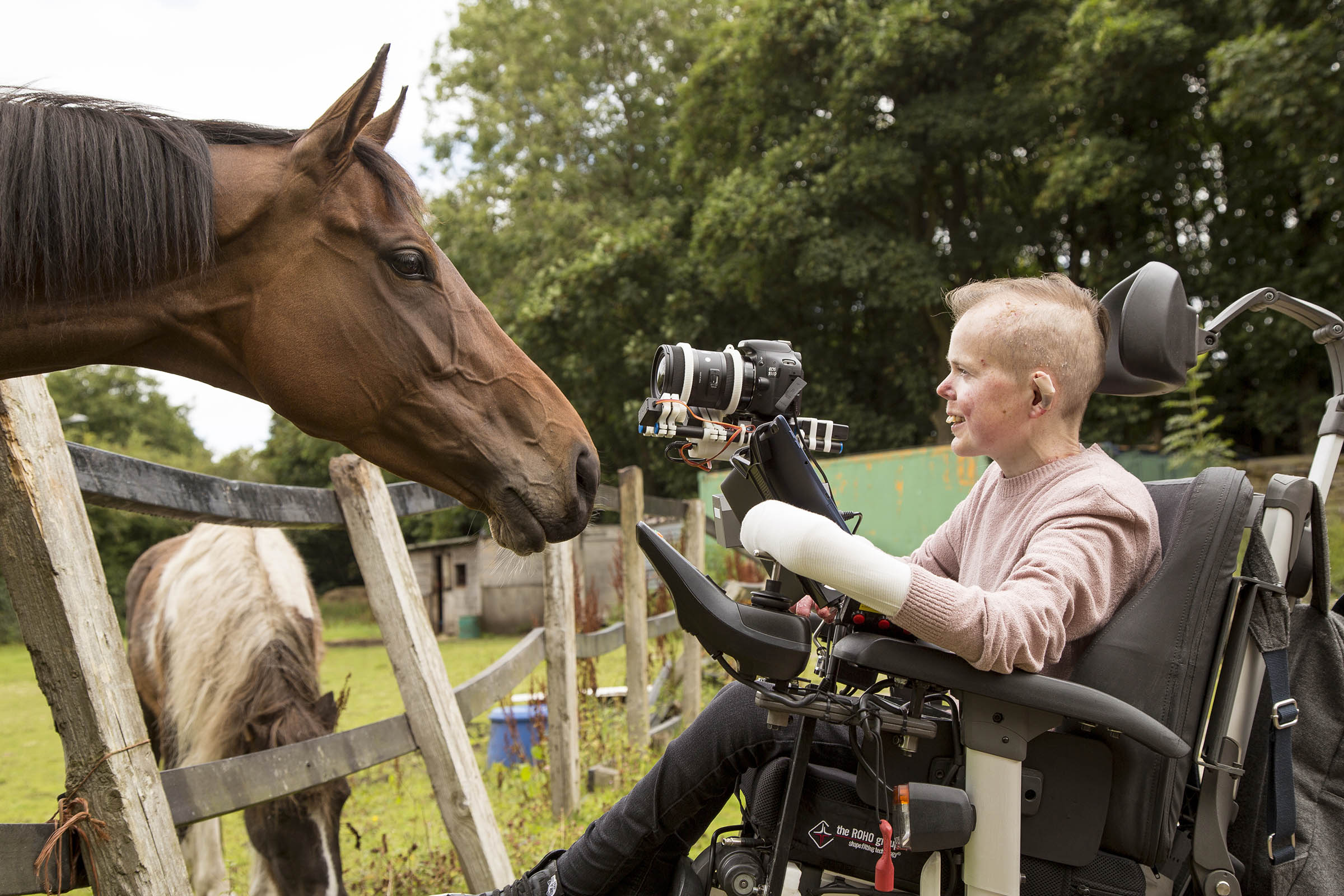 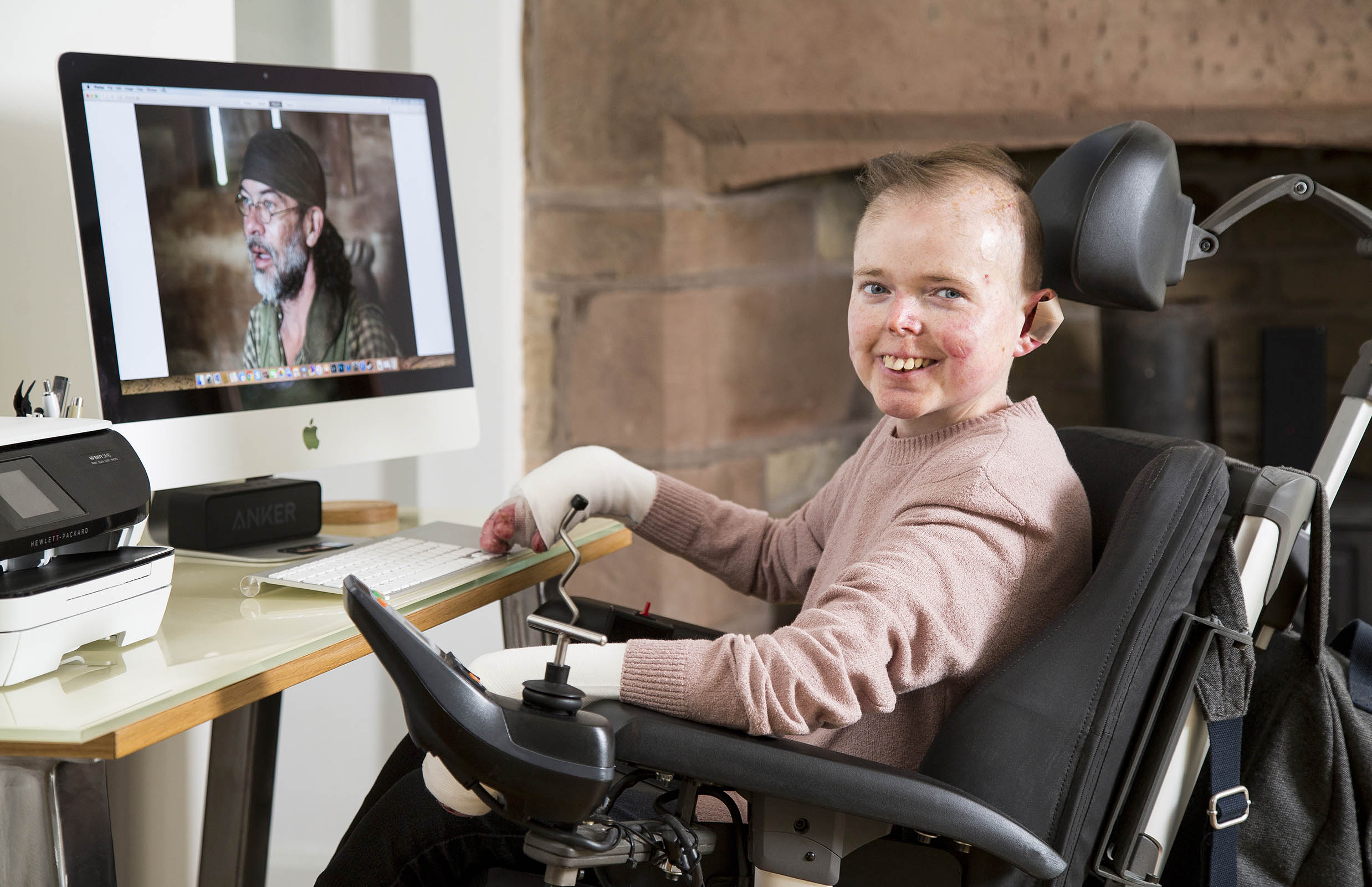 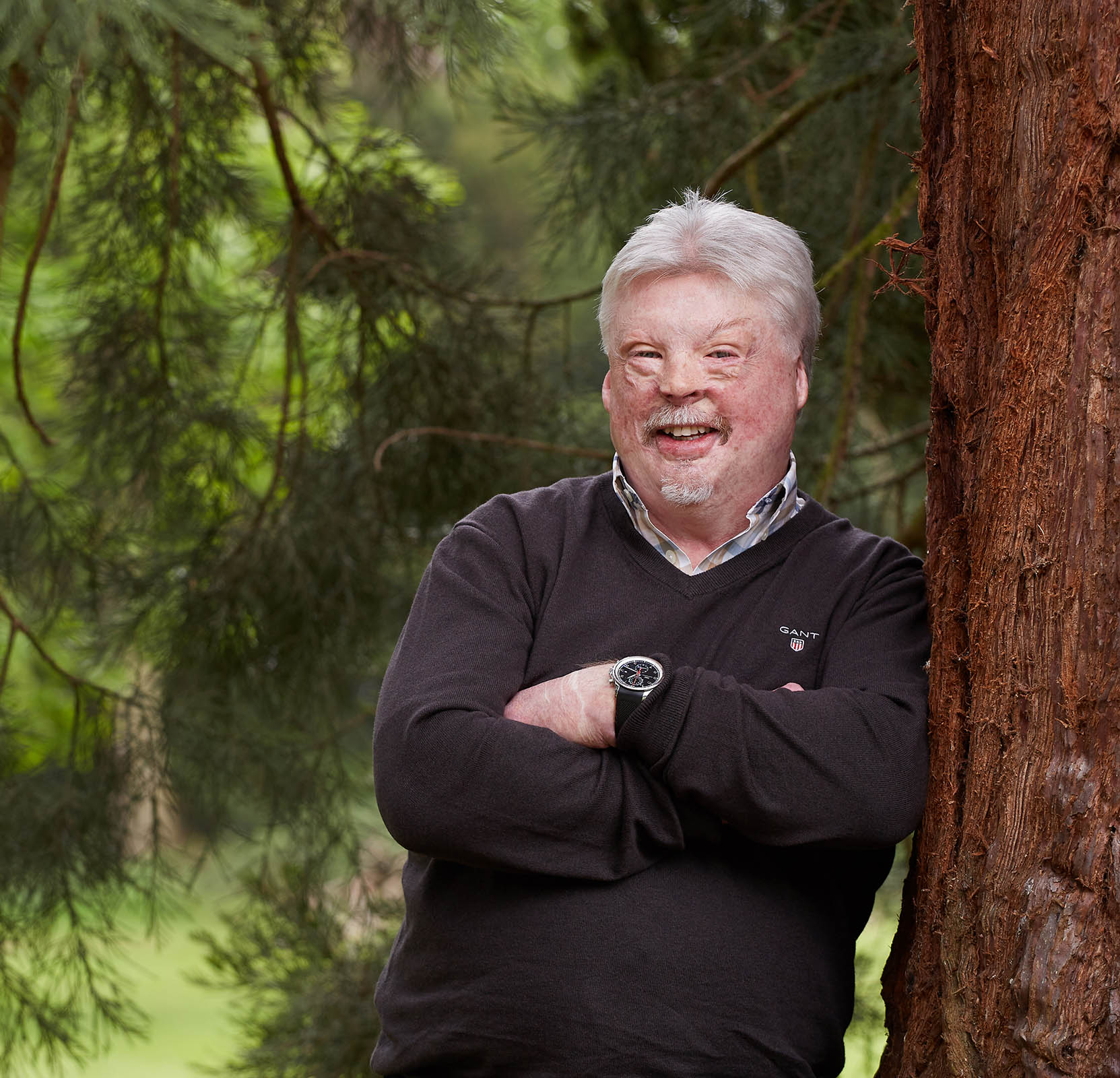 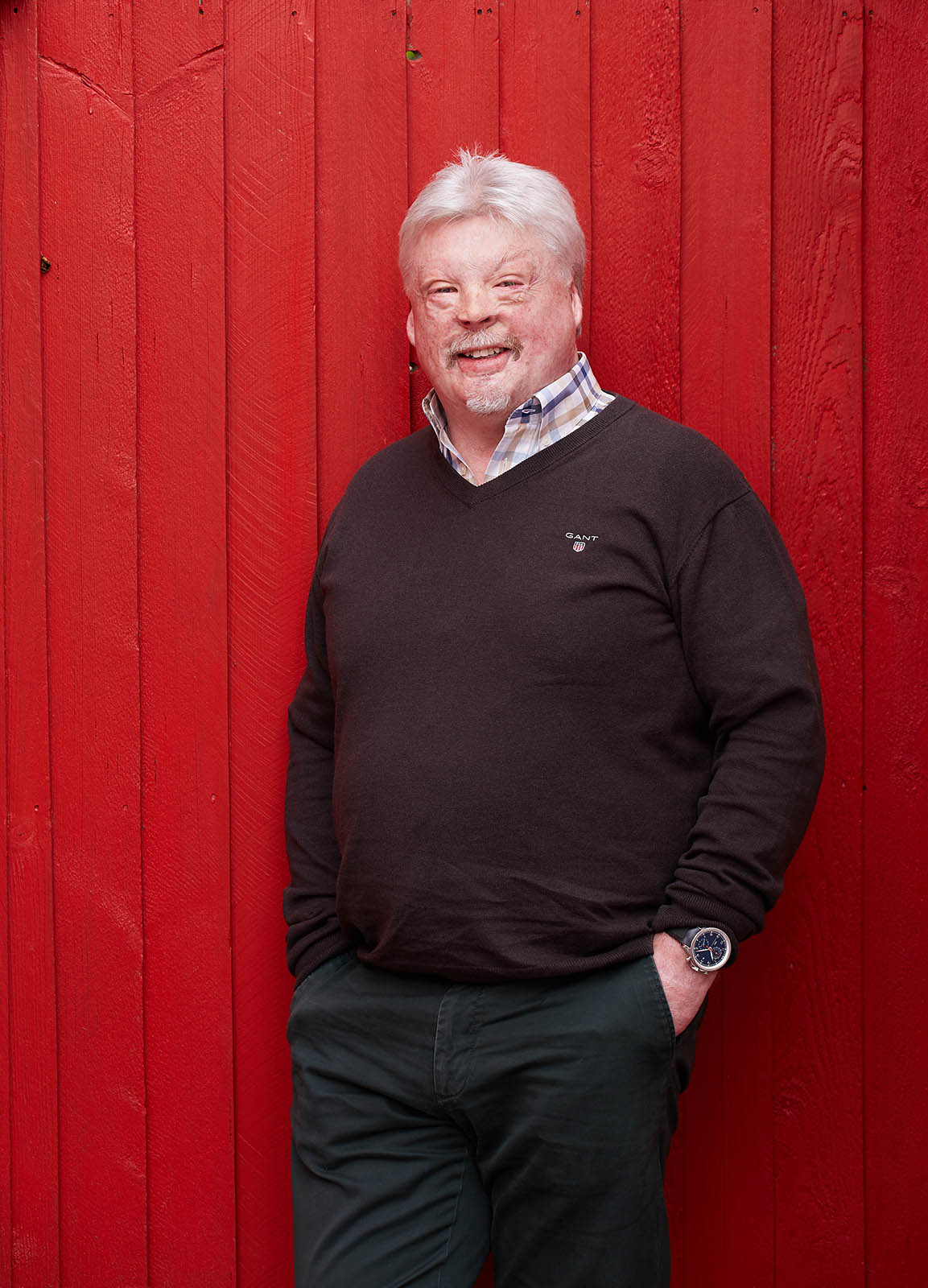 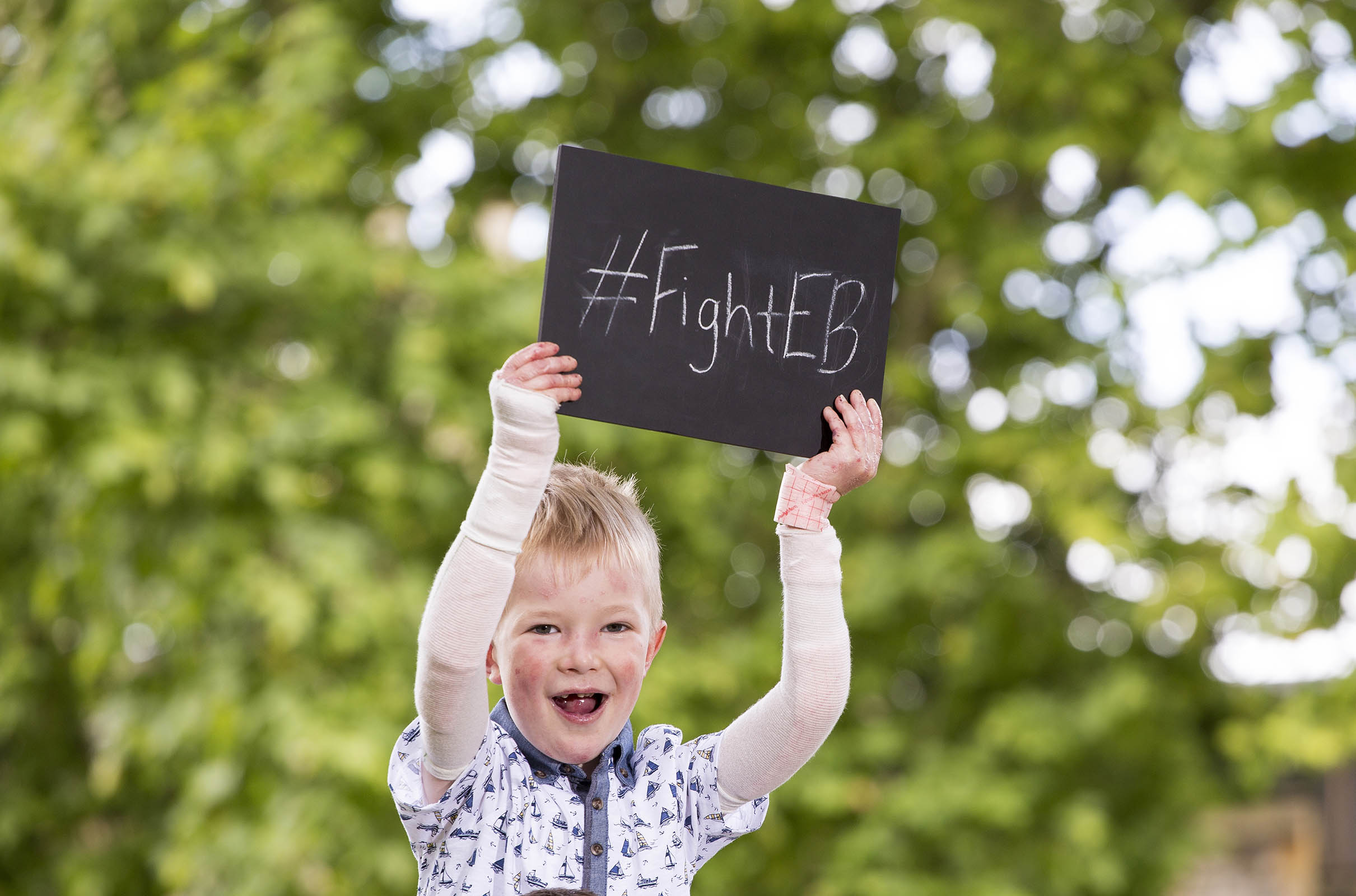 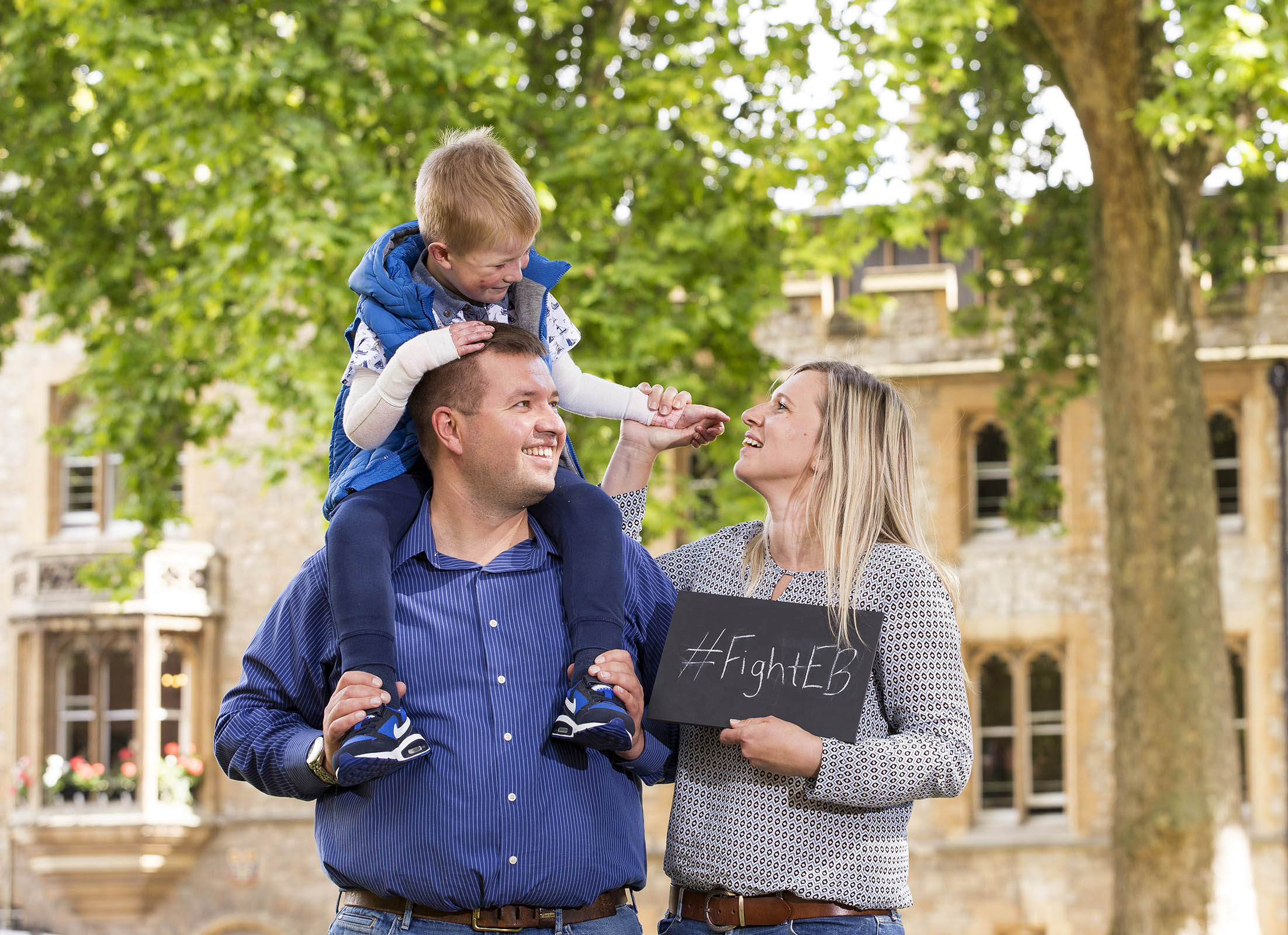 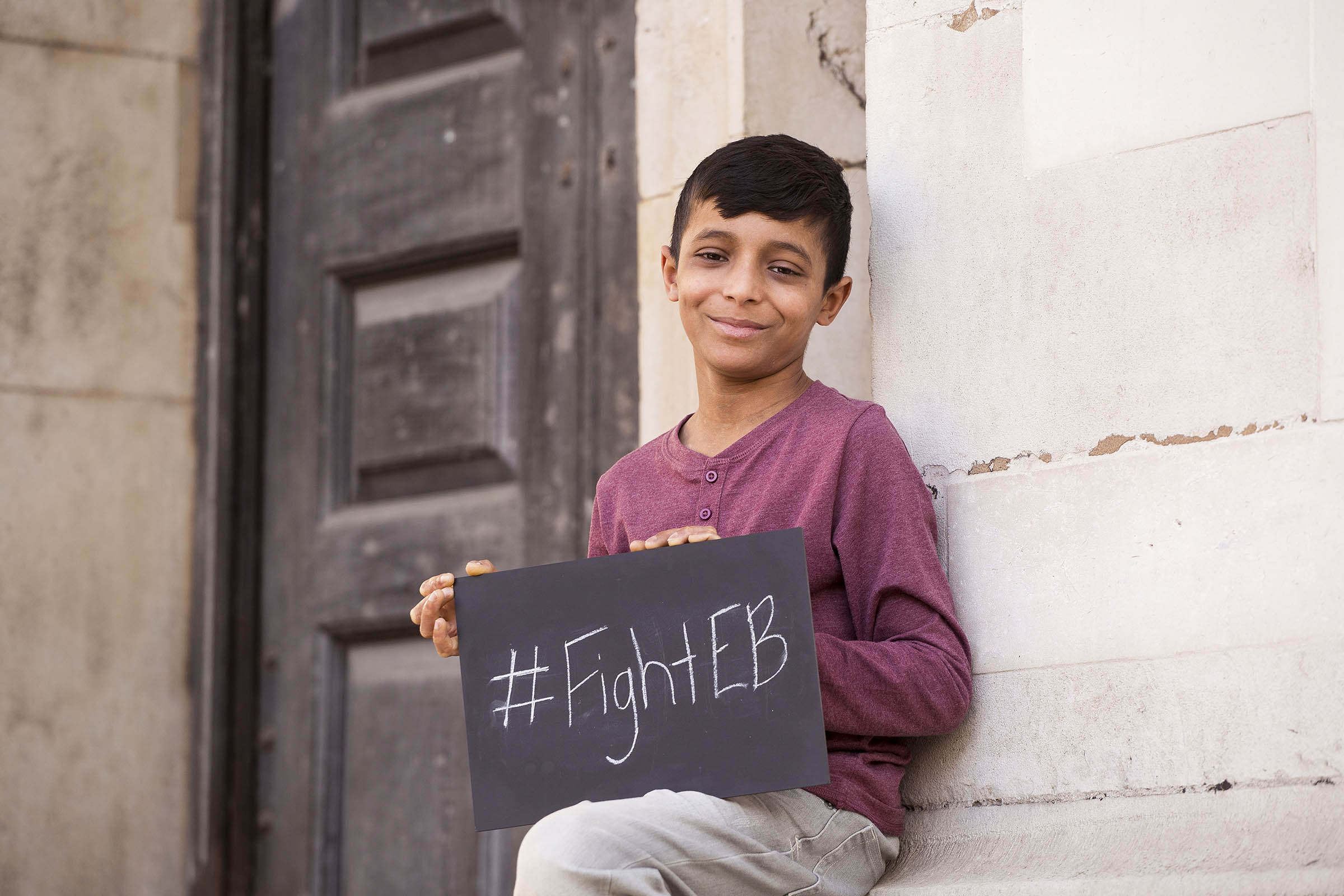 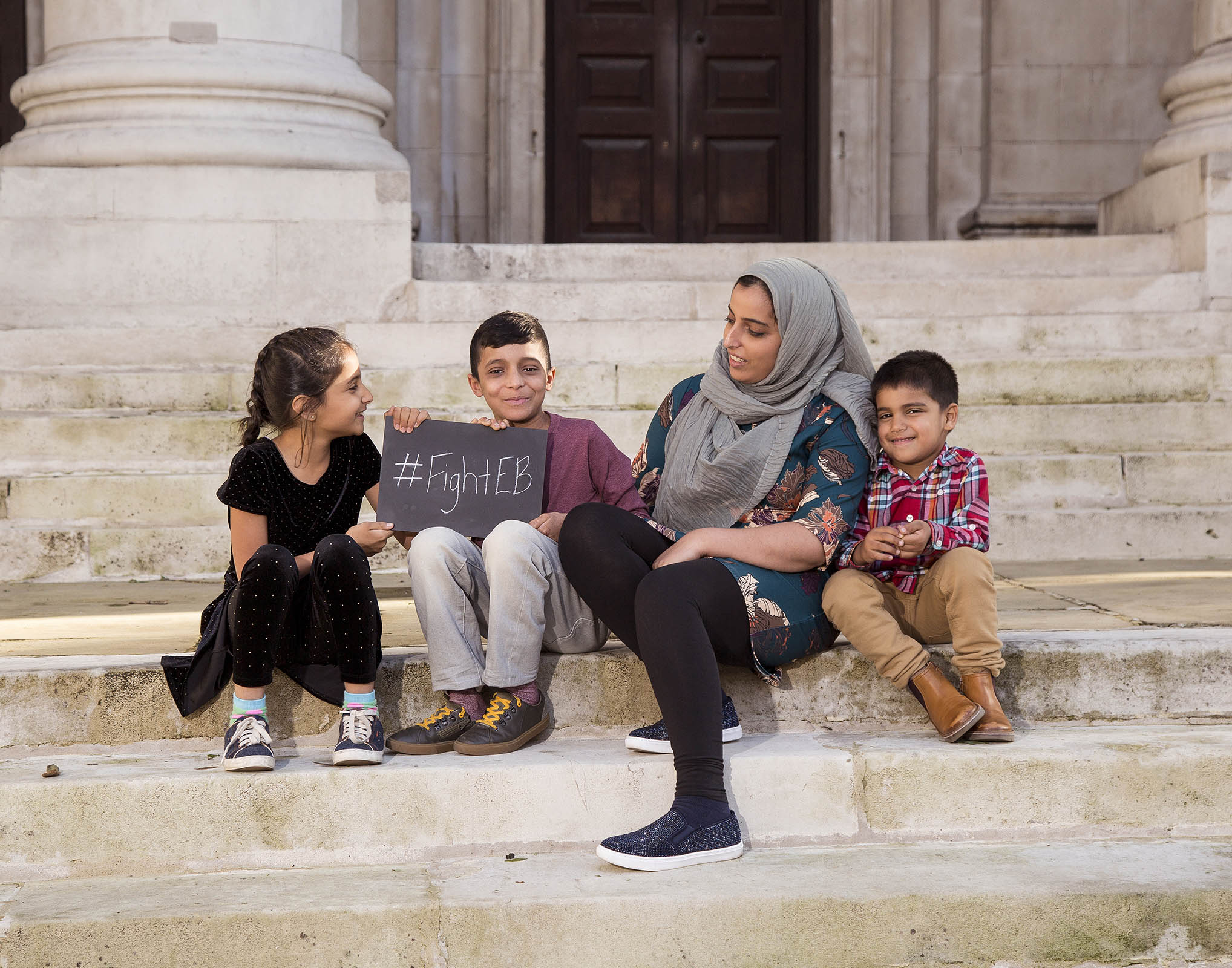 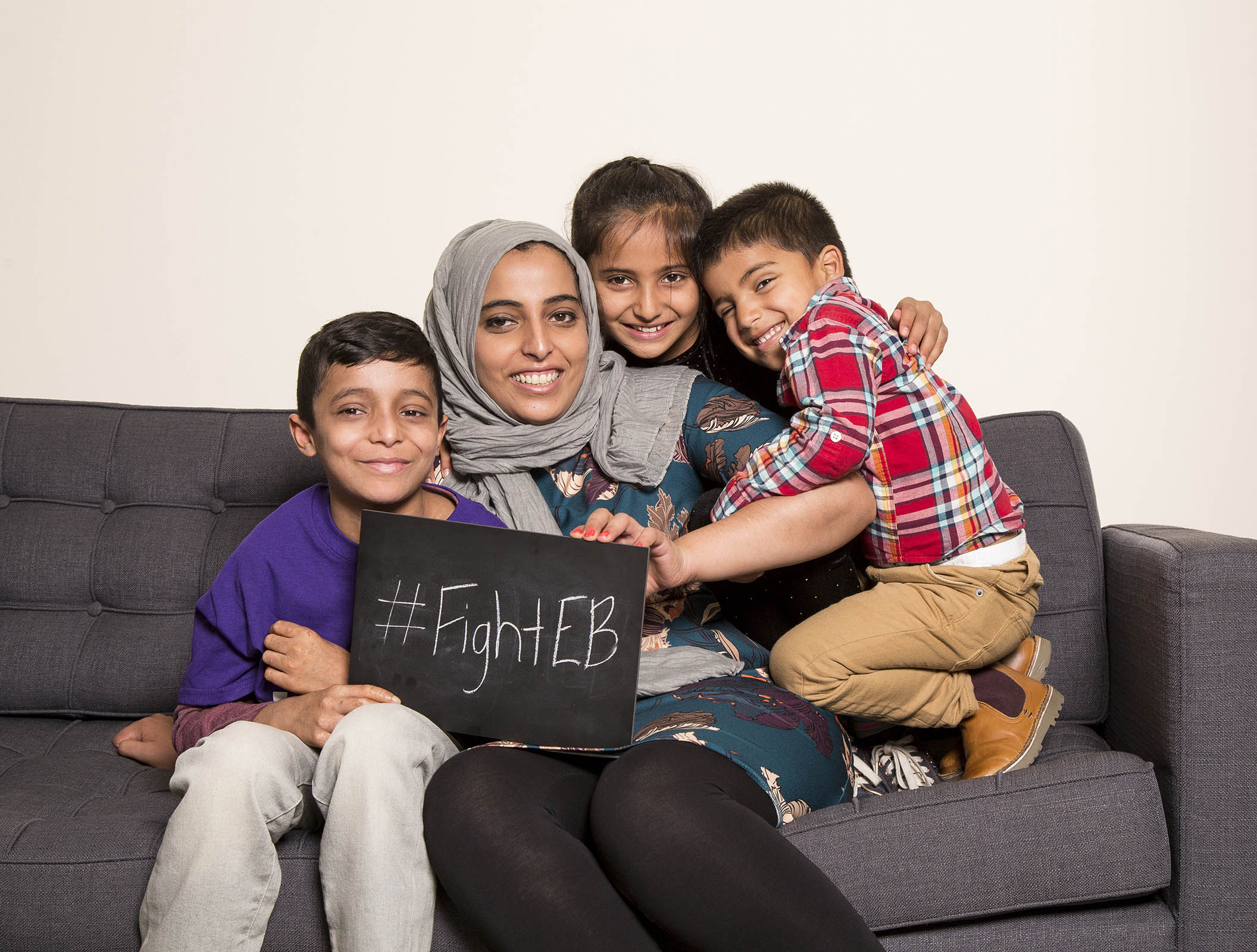 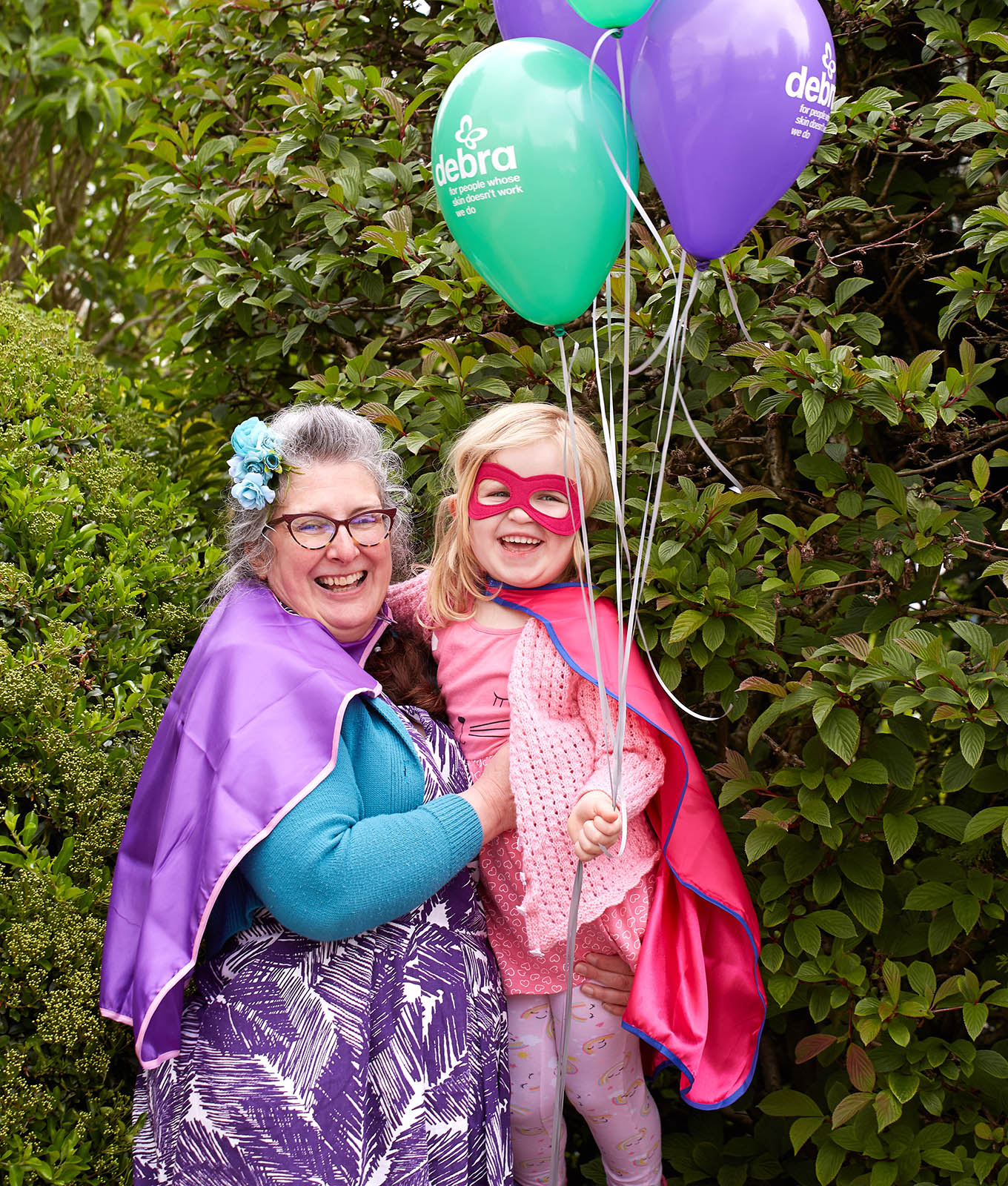 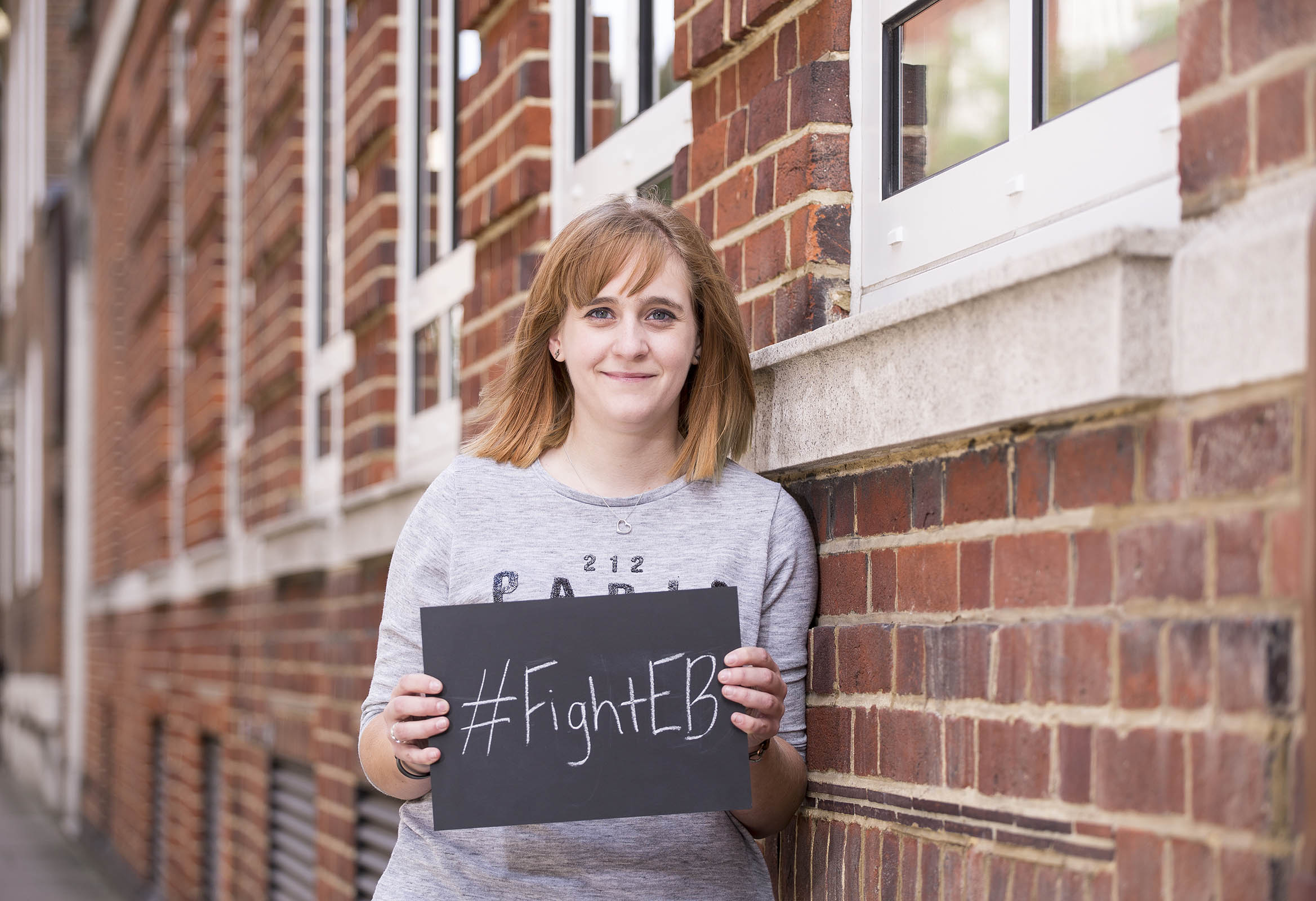 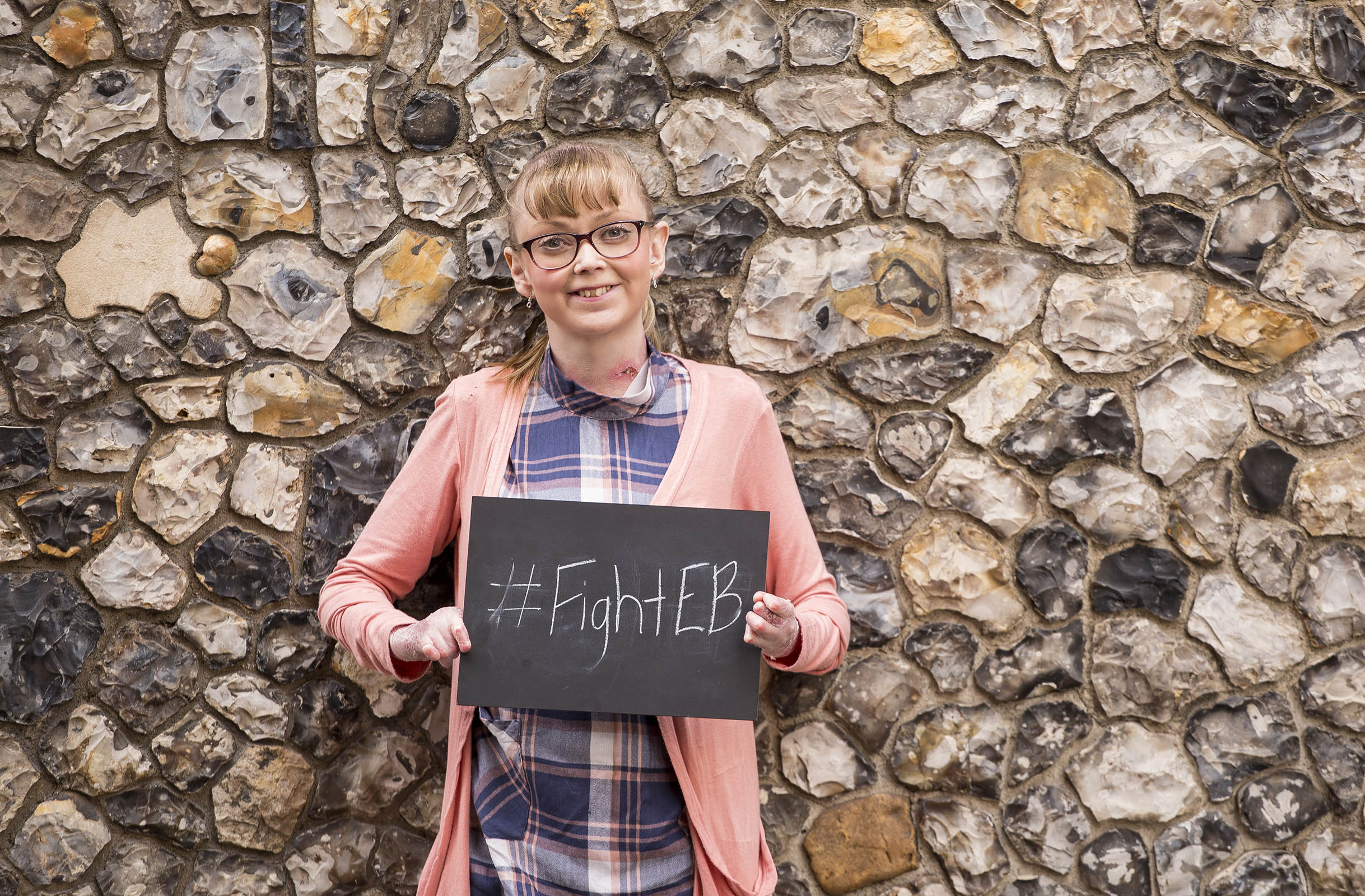 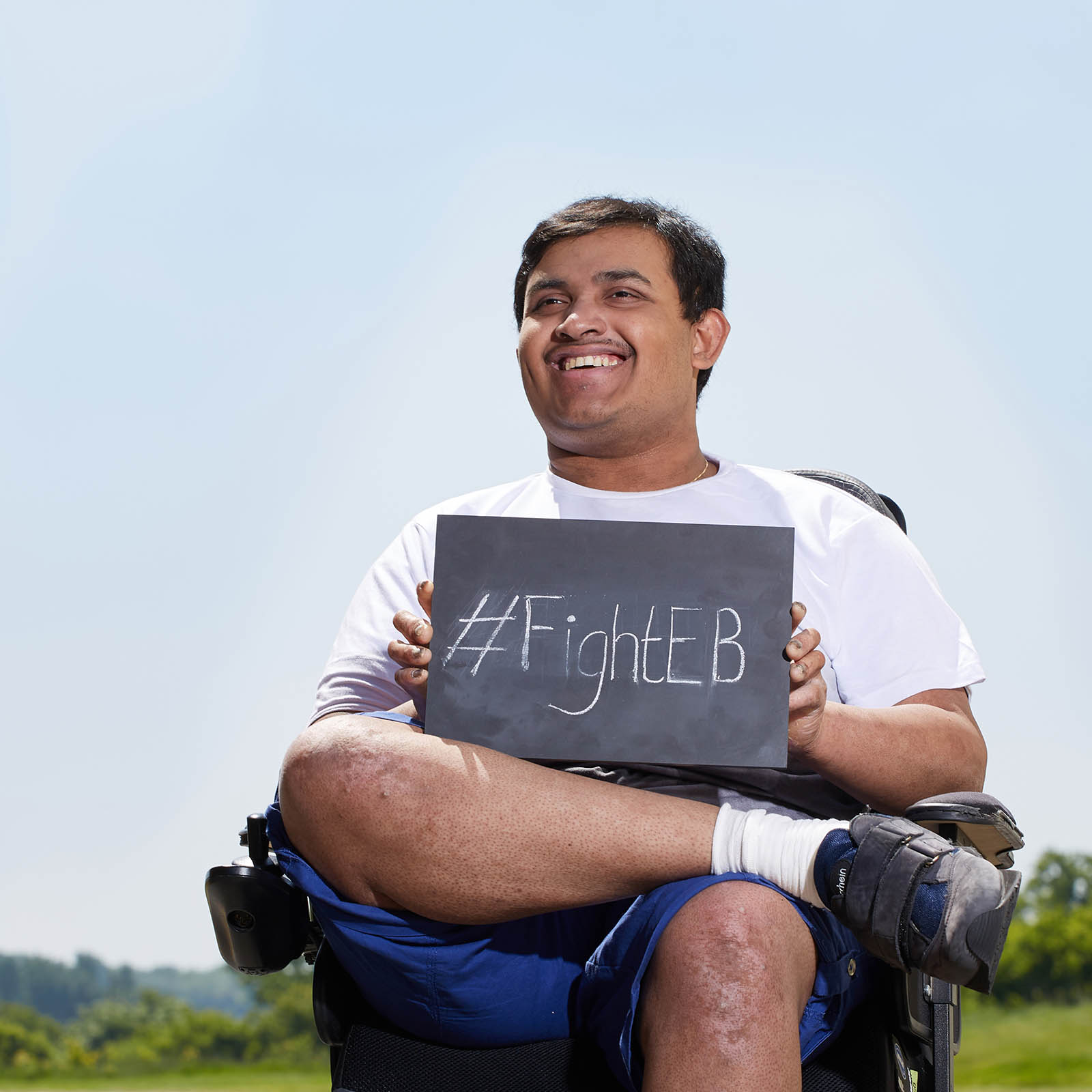 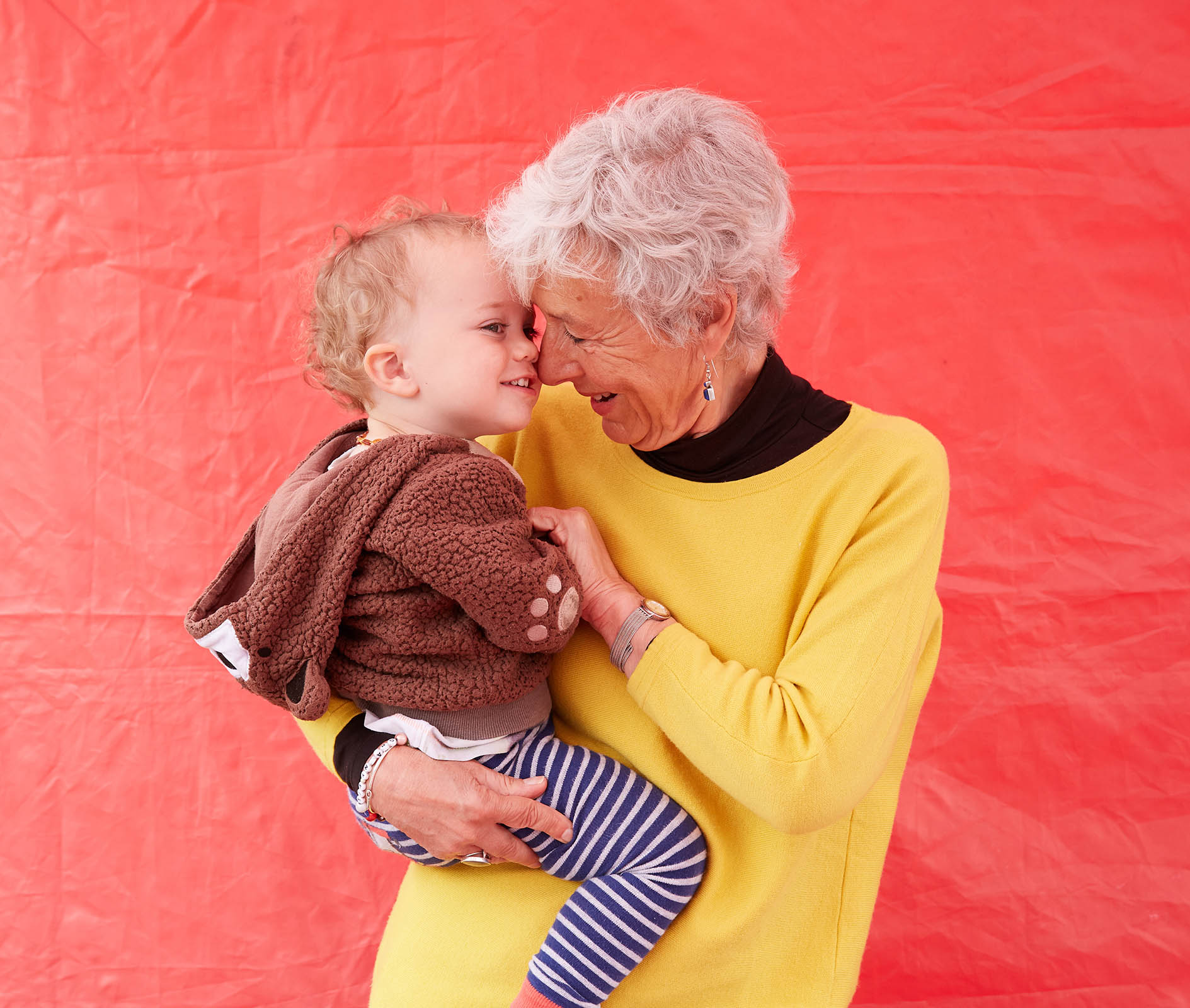 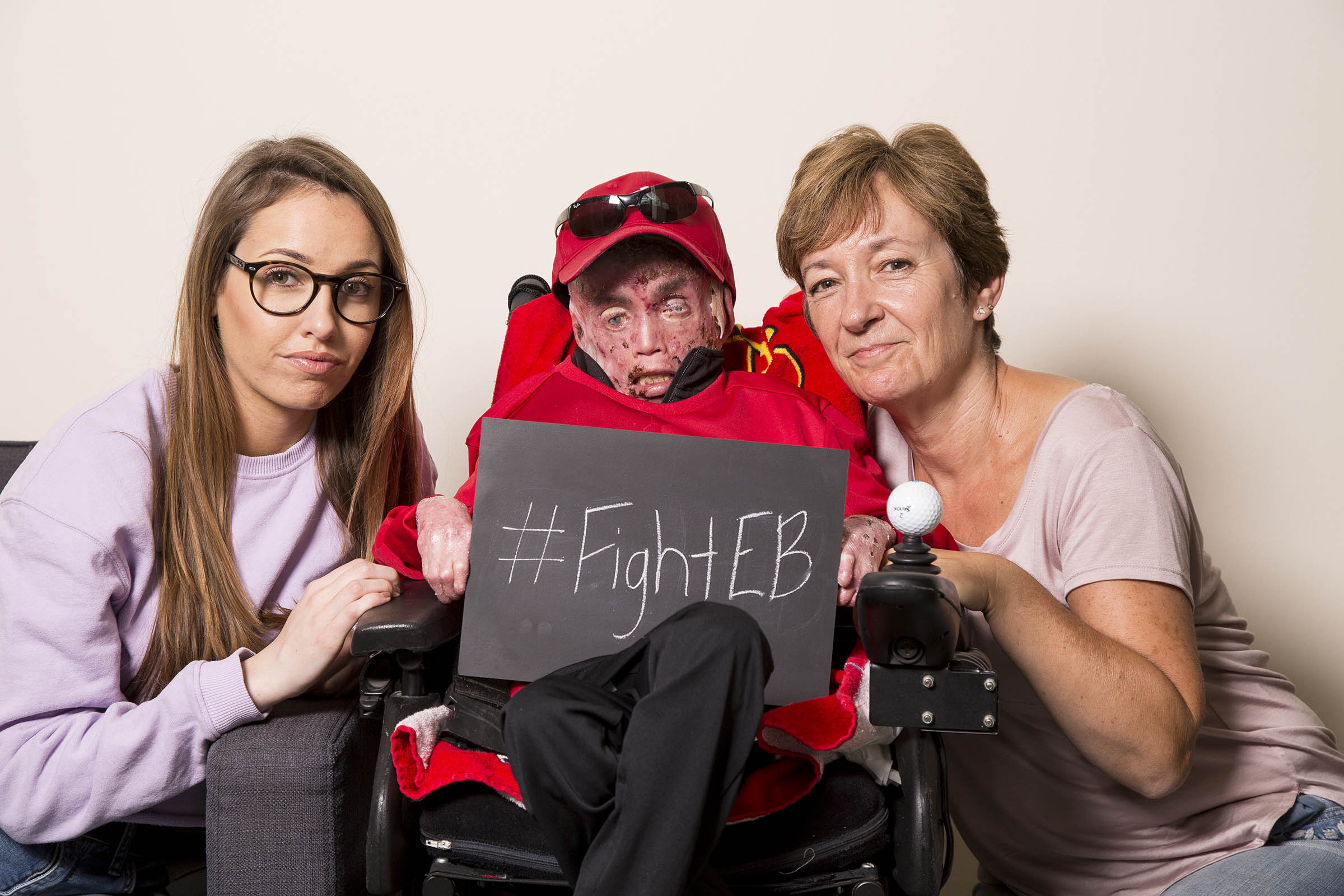 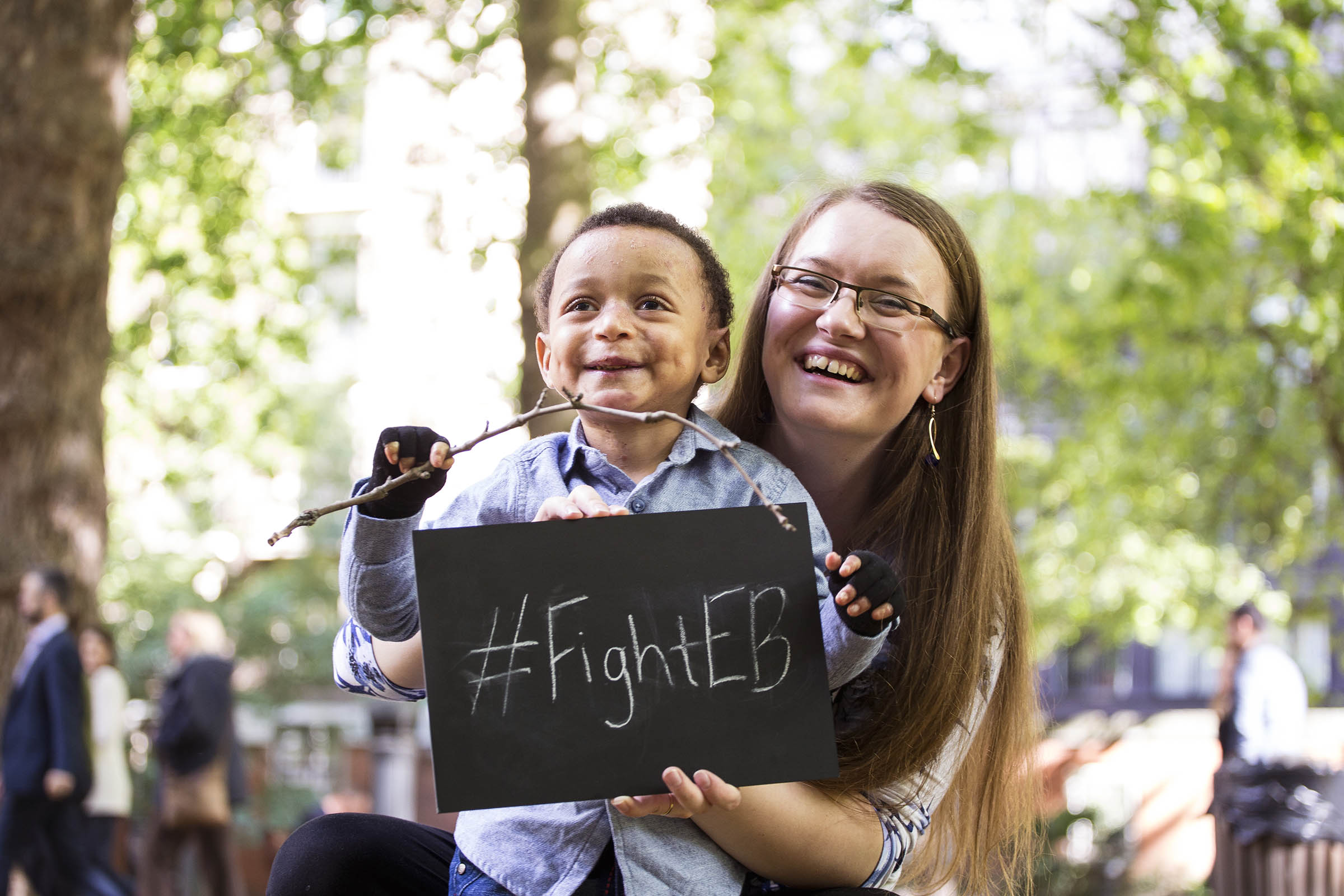 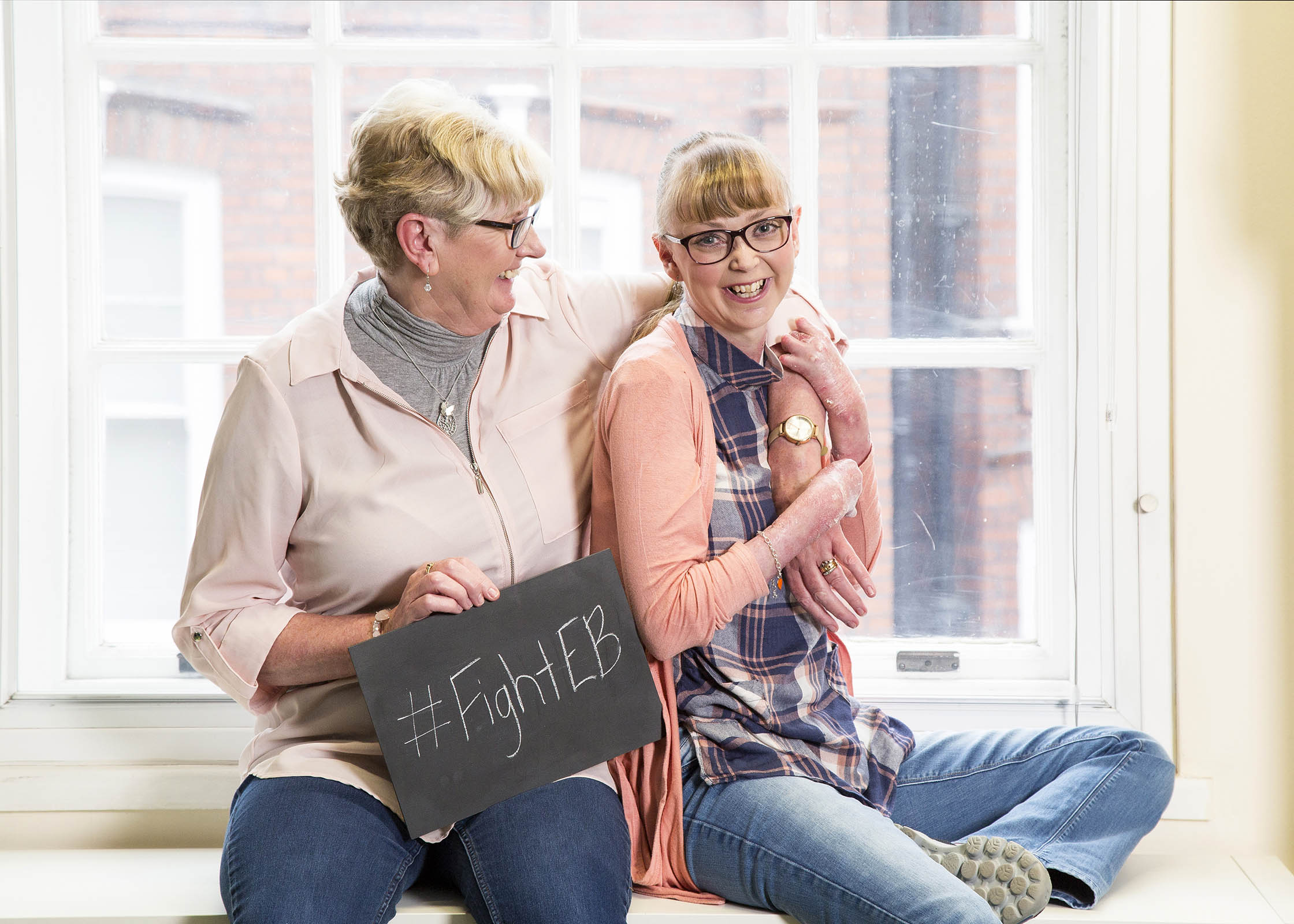 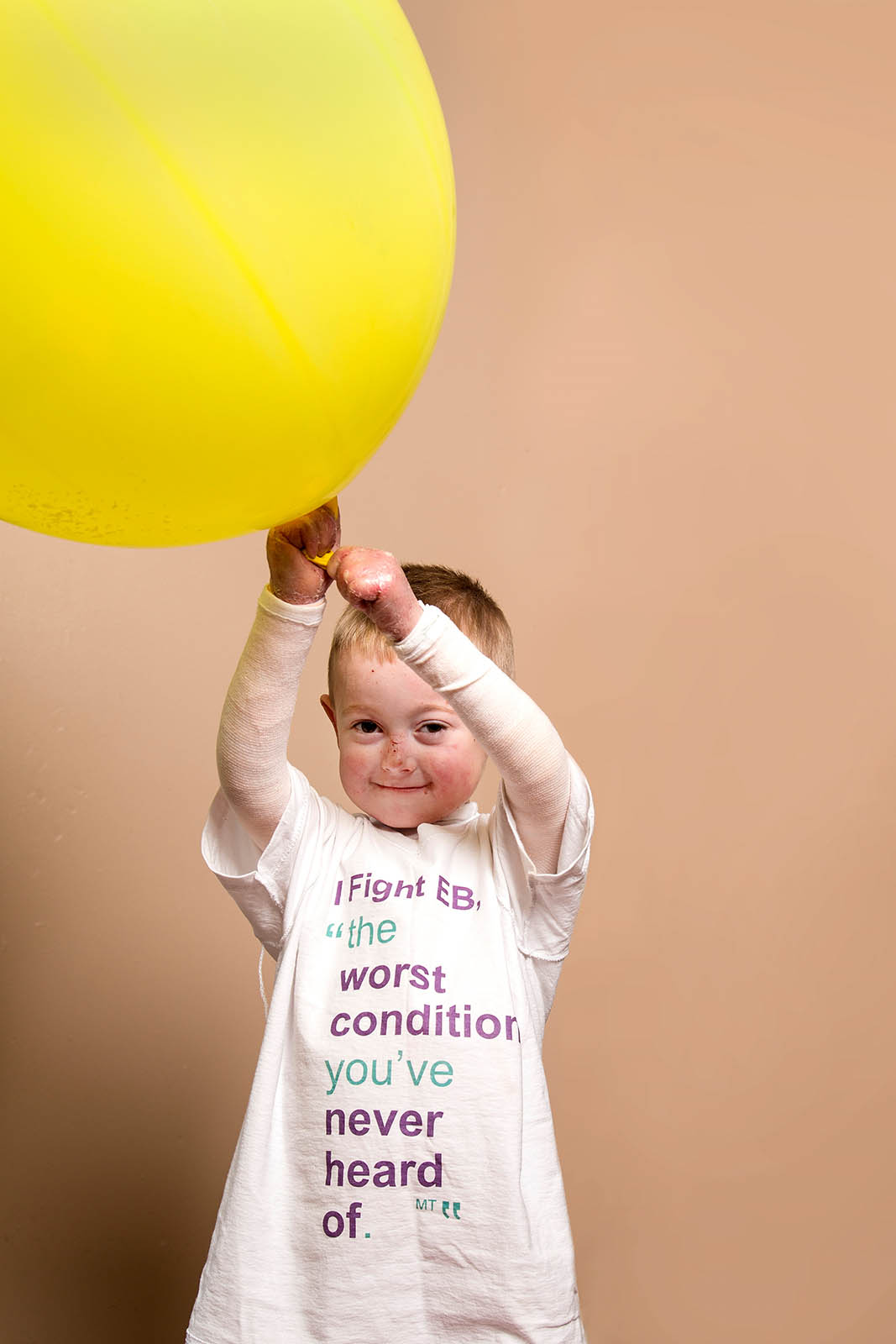 I’ve been shooting for the charity DEBRA for about 3 years now. DEBRA is a charity set up to help people with EB (epidermolysis bullosa). EB is a group of genetic skin conditions which cause the skin to blister and tear at the slightest touch. This condition can affect people in many ways, some very mildly, but in others it is so severe that it is life limiting and causes an enormous amount of pain and suffering.

DEBRA first got in touch to commission me to photograph Riley, a boy with EB in Huddersfield. I didn’t recognise the term EB so immediately googled it and was instantly reminded of the documentary ‘The boy whose skin fell off’ which I had watched many years ago in 2004. The documentary was about Jonny Kennedy and had made an enormous impact on me at the time and so I offered to do the shoot for free. I continue to try and support the charity by offering them a full day of photography for free each year.

In 2017 I travelled down to central London to work for DEBRA for a special media day where several people with EB came along with their families to be photographed, interviewed and filmed. They were all keen to tell their stories and be part of the Fight EB campaign. My brief was to photograph people both inside and outside, alone and with their family. I really enjoyed meeting everyone and I had a jam-packed, fast paced and creative day. The location was fantastic – our venue was Westminster and I had so much to go on outside. I never ran out of ideas, there were so many different types of buildings and locations on the doorstep. It was also surprisingly quiet for central London.

On another occasion in 2017 I photographed the late James Dunn at his home near Liverpool. James was being photographed because he was launching and heading the FightEB campaign for a year. I went over to Liverpool to photograph him and his family, along with a video crew who were doing the interviews. The James I met was a strong, brave, kind and enthusiastic young man with a great sense of humour and a loving family.  He didn’t have an easy life because of the Epidermolysis Bullosa. A fellow photographer, he used his skills and his personality to raise money and awareness to help the charity fund medical research.  He very sadly passed away in April 2018 aged 24.

Here is a link to James’ Instagram and website where you can see his wonderful images,  and a link to a film about James made by Tommy Reynolds and videographer Michael. James was helped to be able to take photographs again by the BBC Big Life Fix designer Jude Pullen.

DEBRA also hosts an Annual Members Weekend for people with EB where they organise a weekend of talks featuring the latest research, alongside fun-packed activities for the children and the adults. I’ve covered three of these events and working with the PR team I try to capture images to illustrate the event, but also portraits of people that can be used as case studies to raise awareness of EB and the #FightEB campaign. One of the venues was the DeVere Hotel in Reading, and it worked particularly well because there were murals all over the walls that I could use to make really interesting portraits. At the last meeting, I met and photographed Simon Weston, DEBRA’s current president.

I was asked by the owner of ‘The Window Film Company’ in Birmingham to take photographs to illustrate a case study they wanted to use on their website. A team was about to install protective film on the windows of the Holiday Inn…