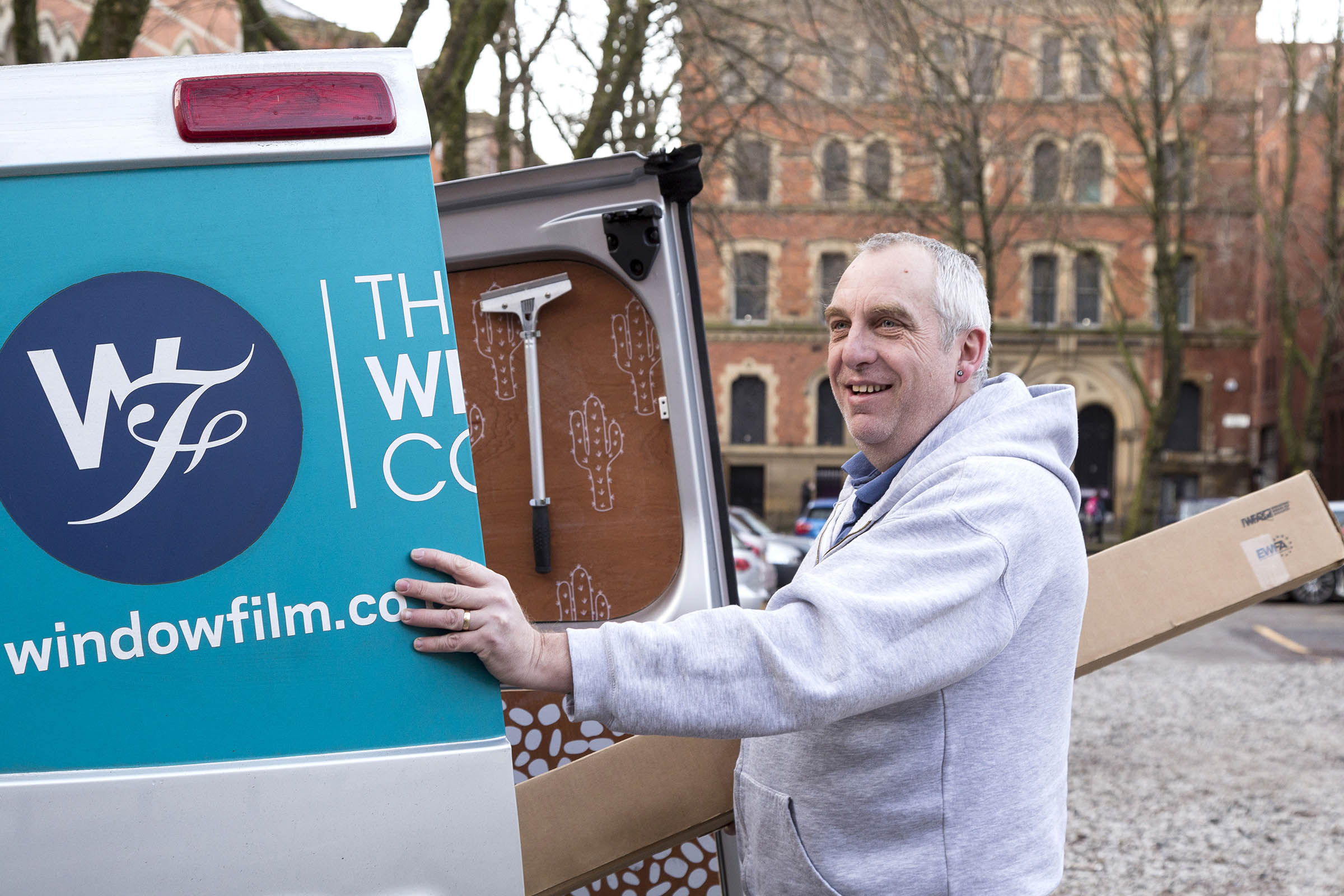 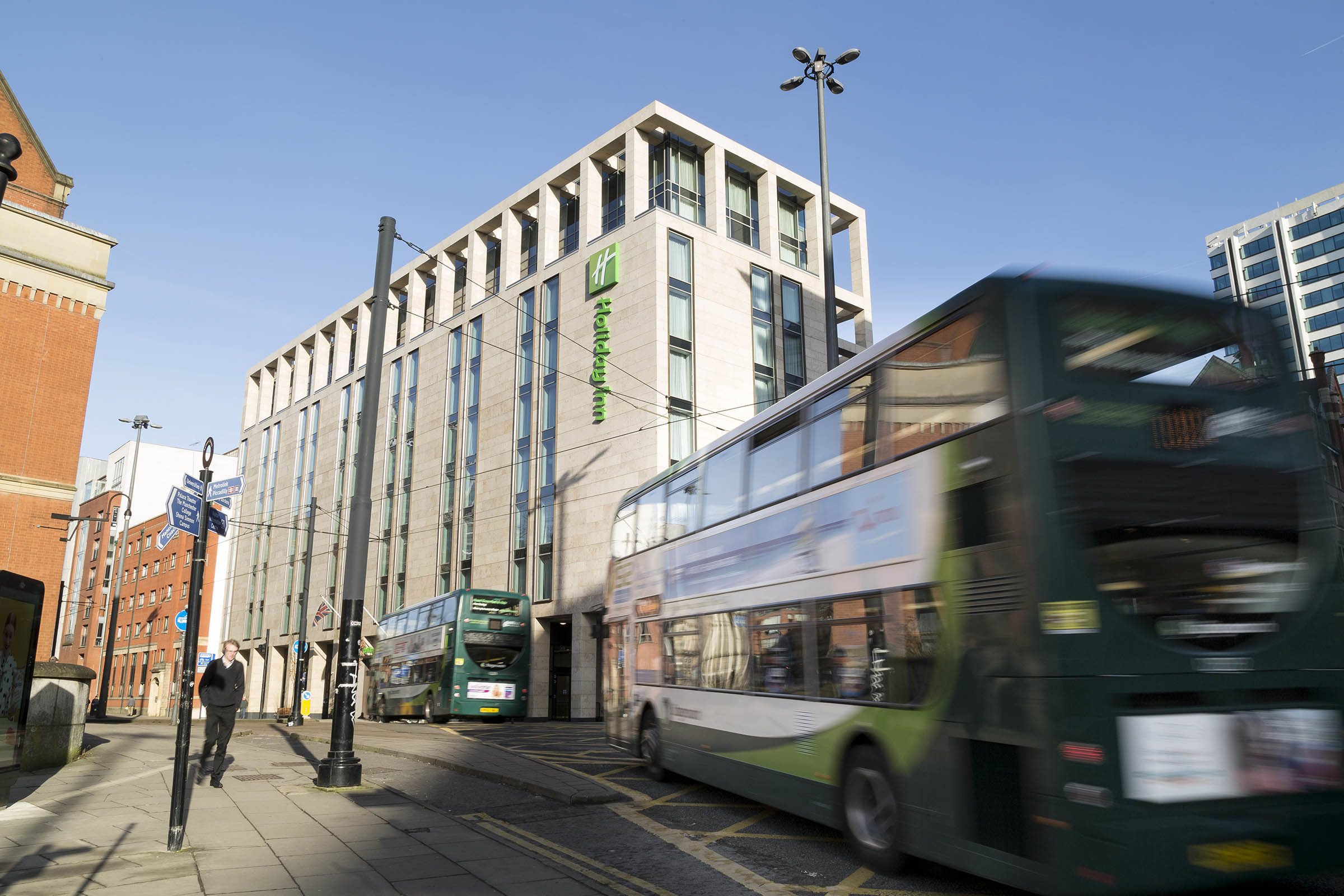 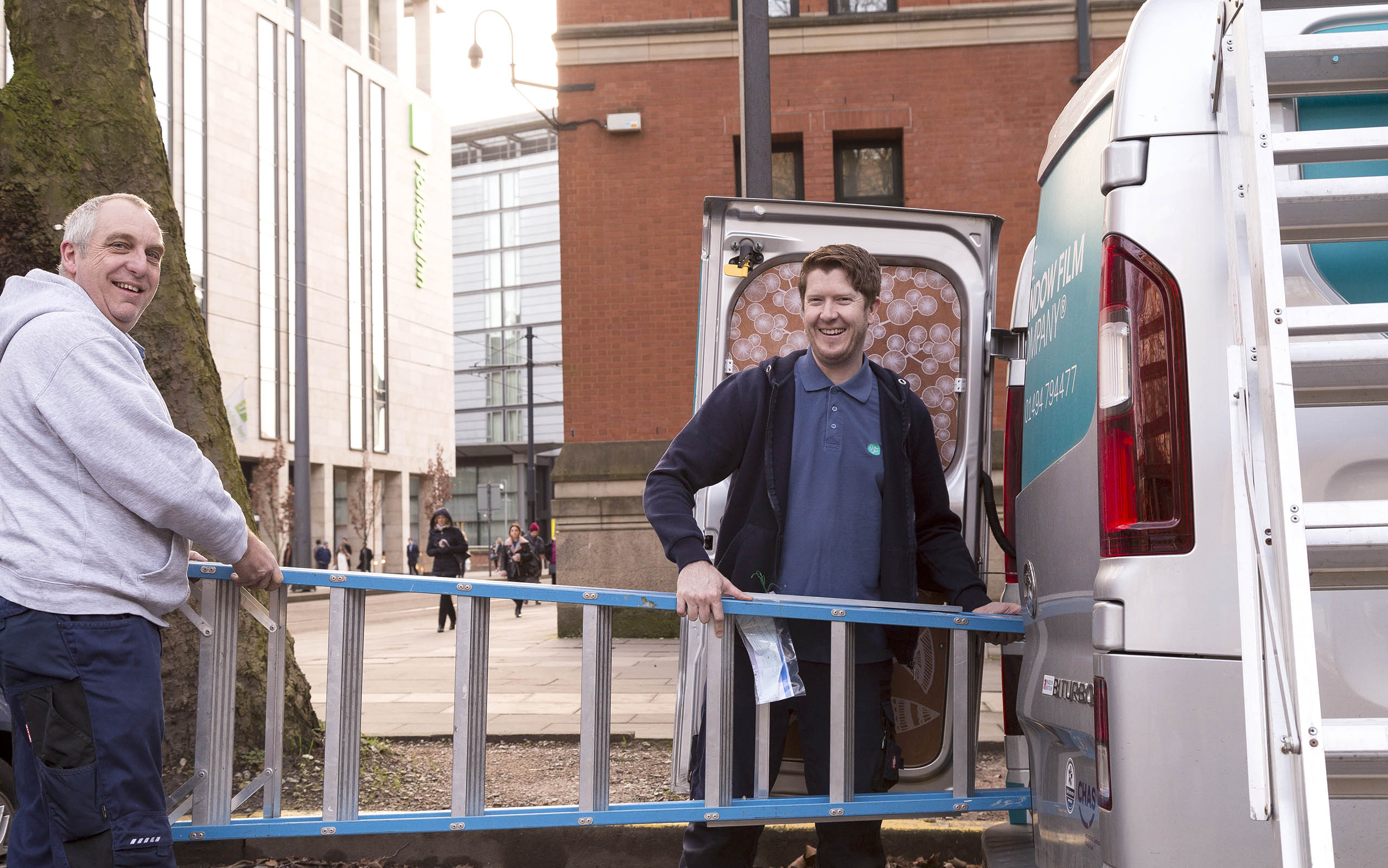 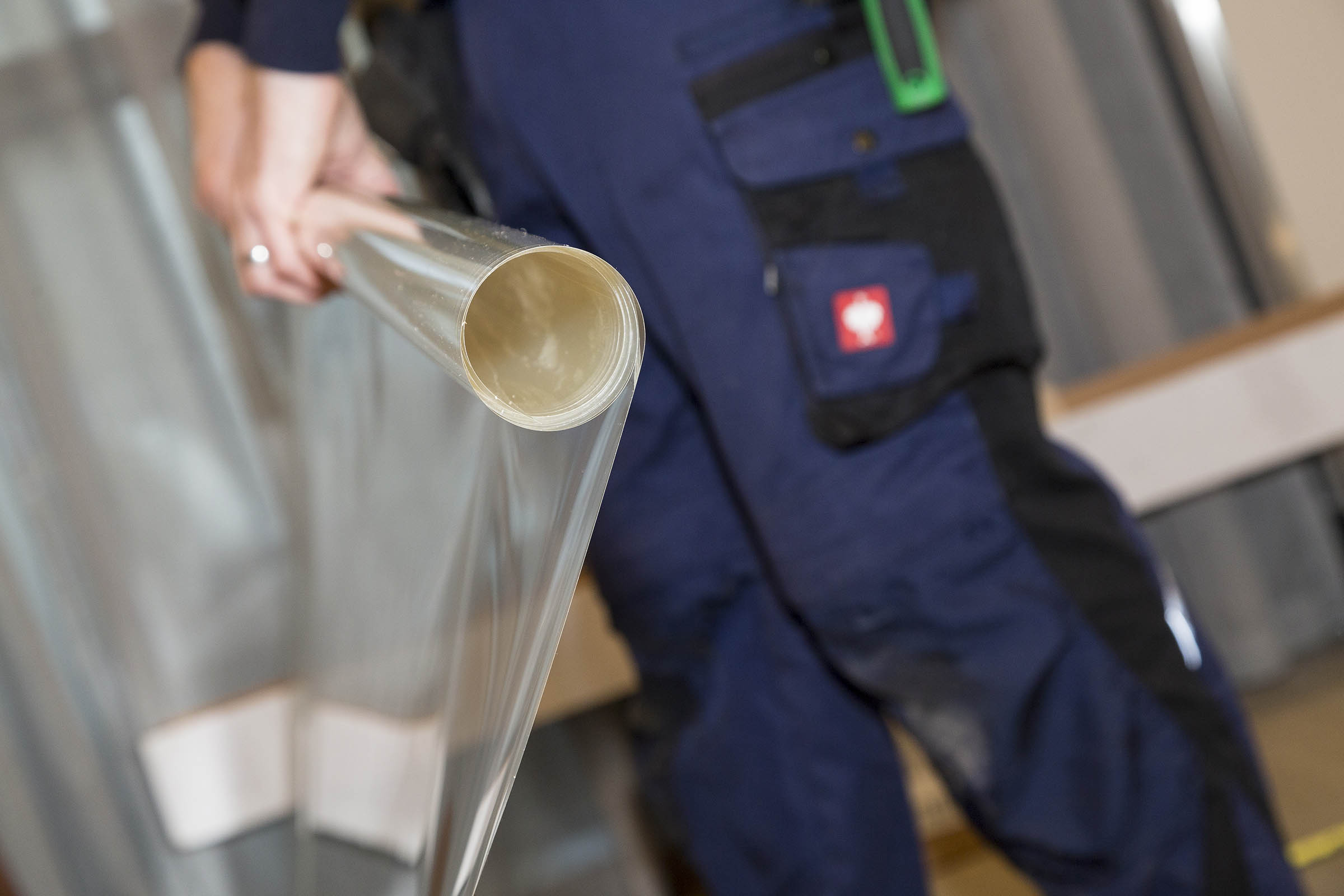 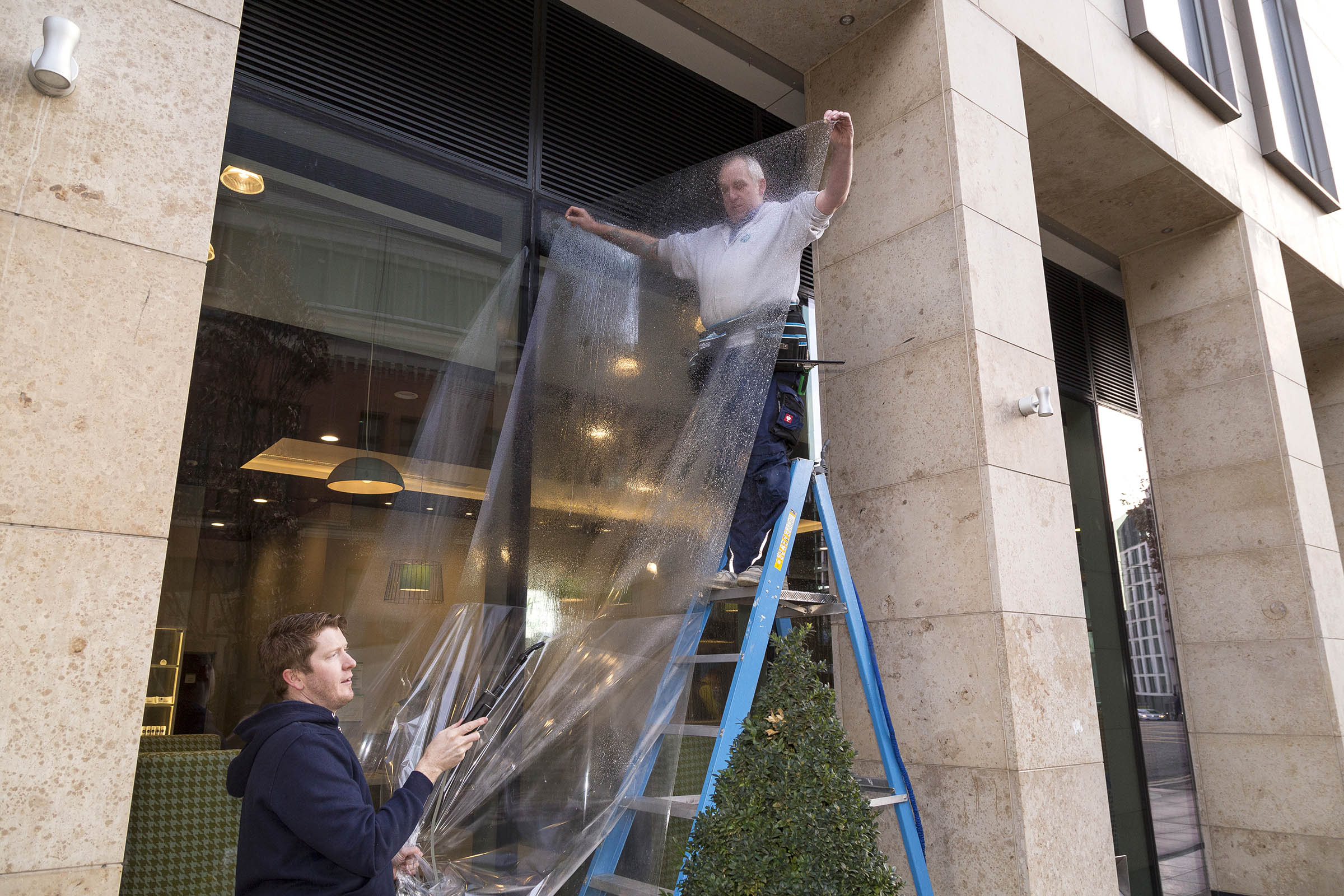 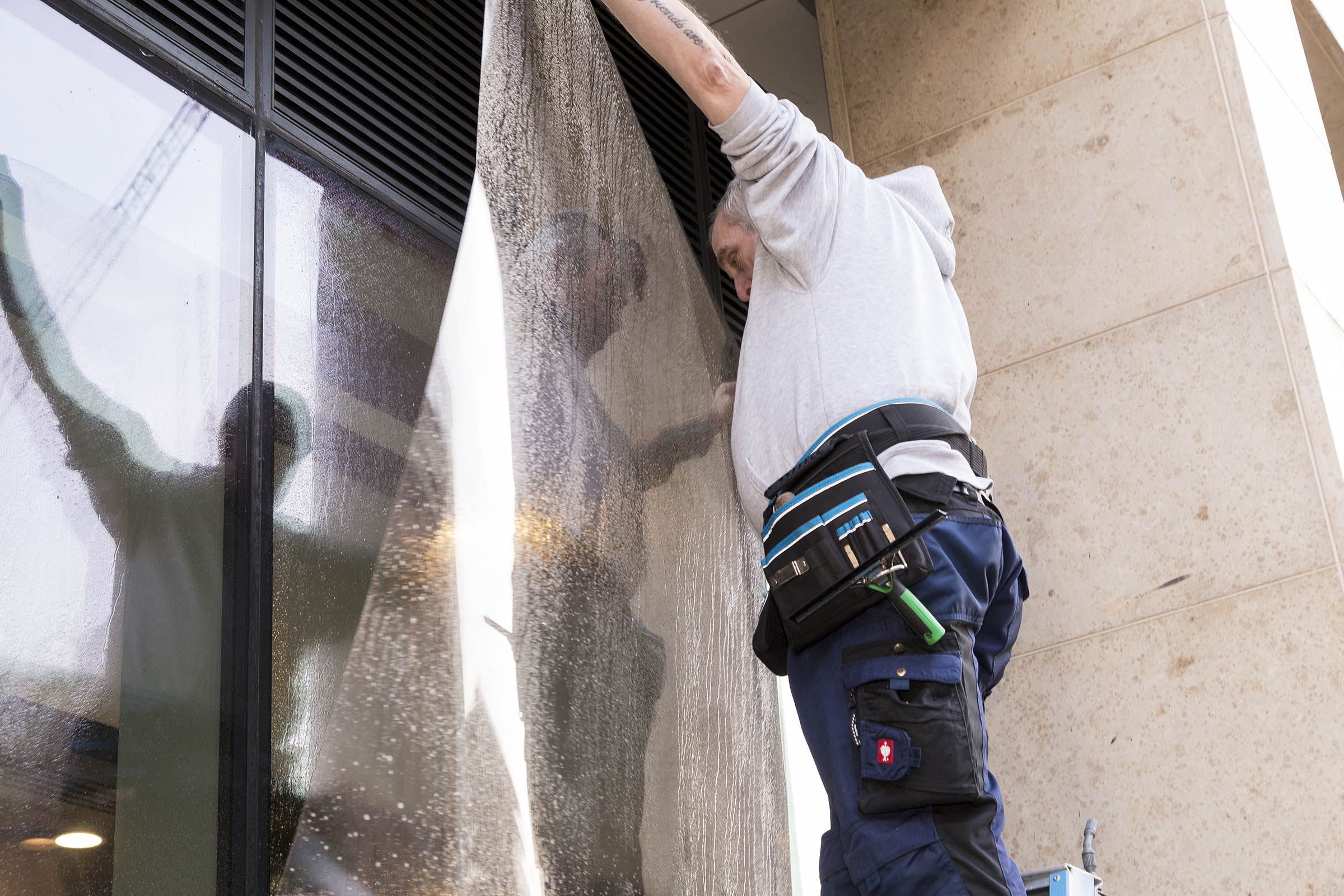 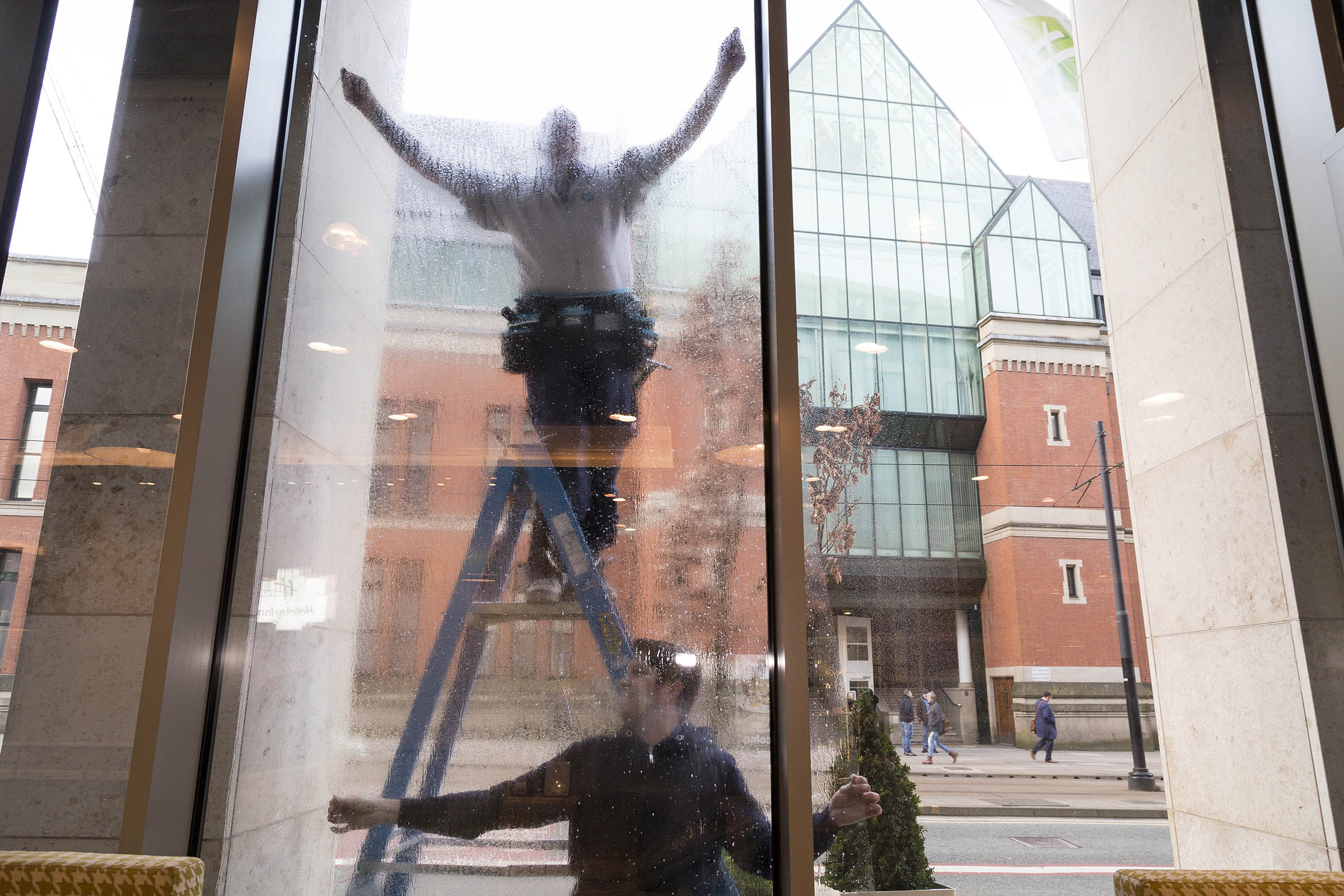 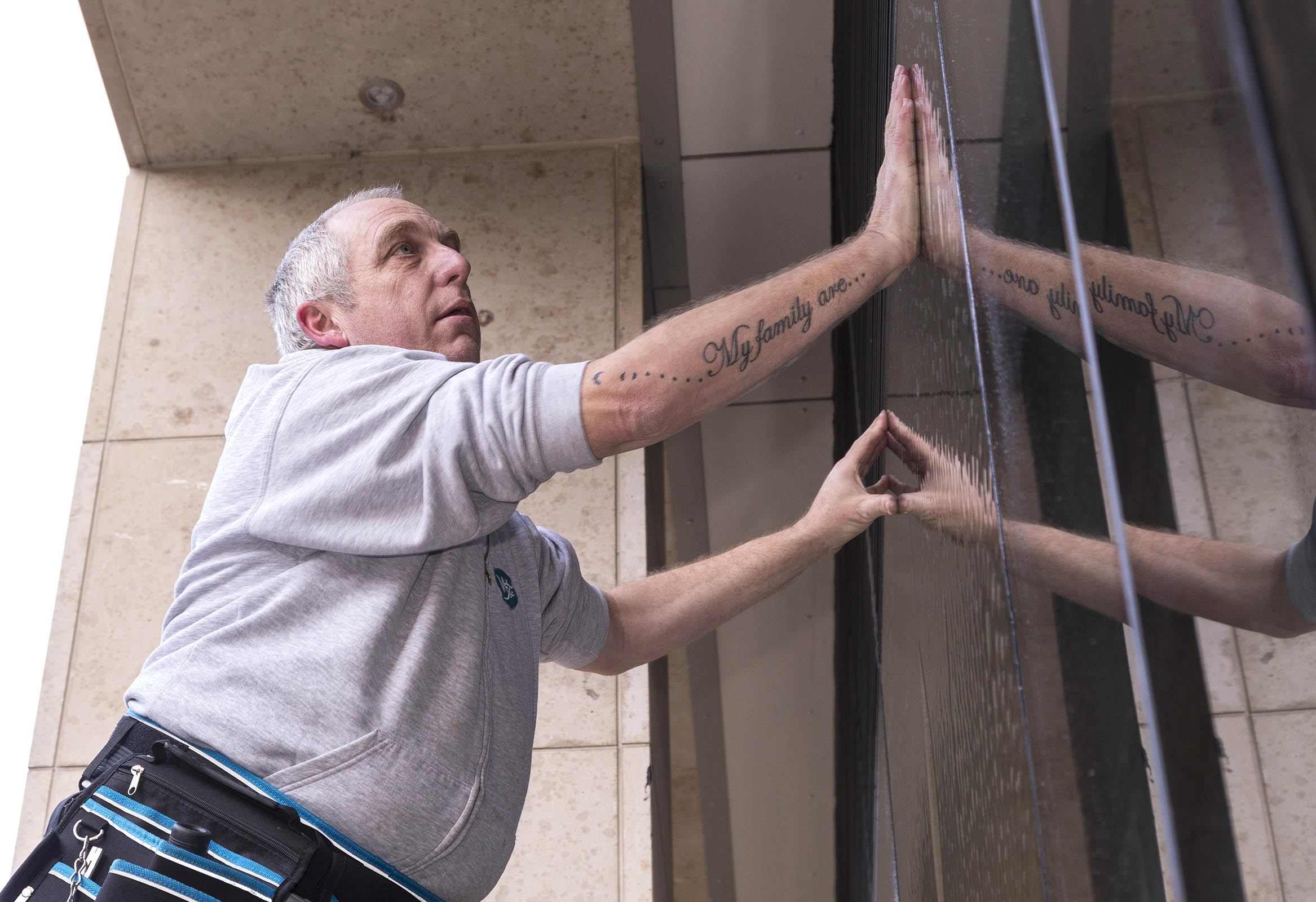 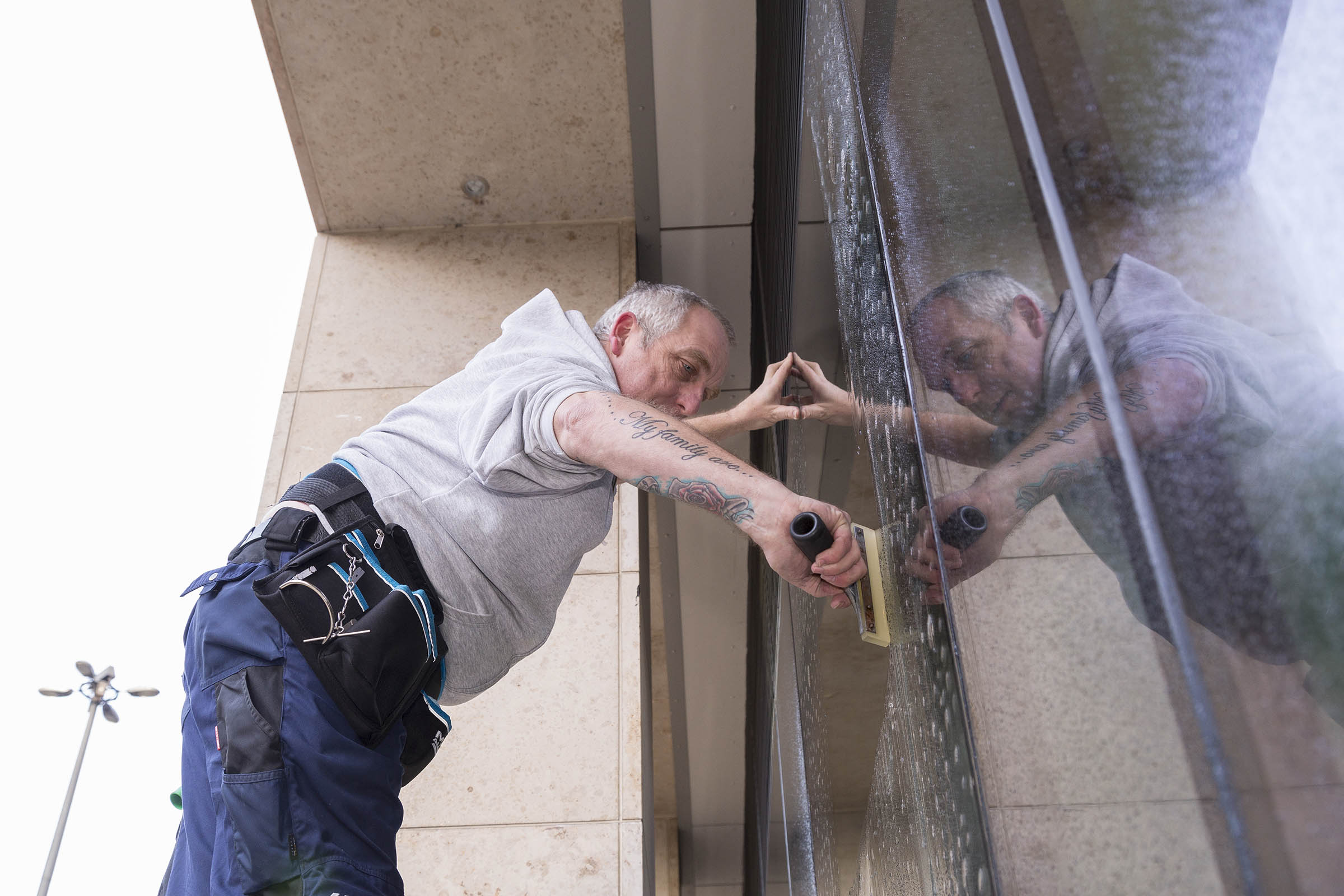 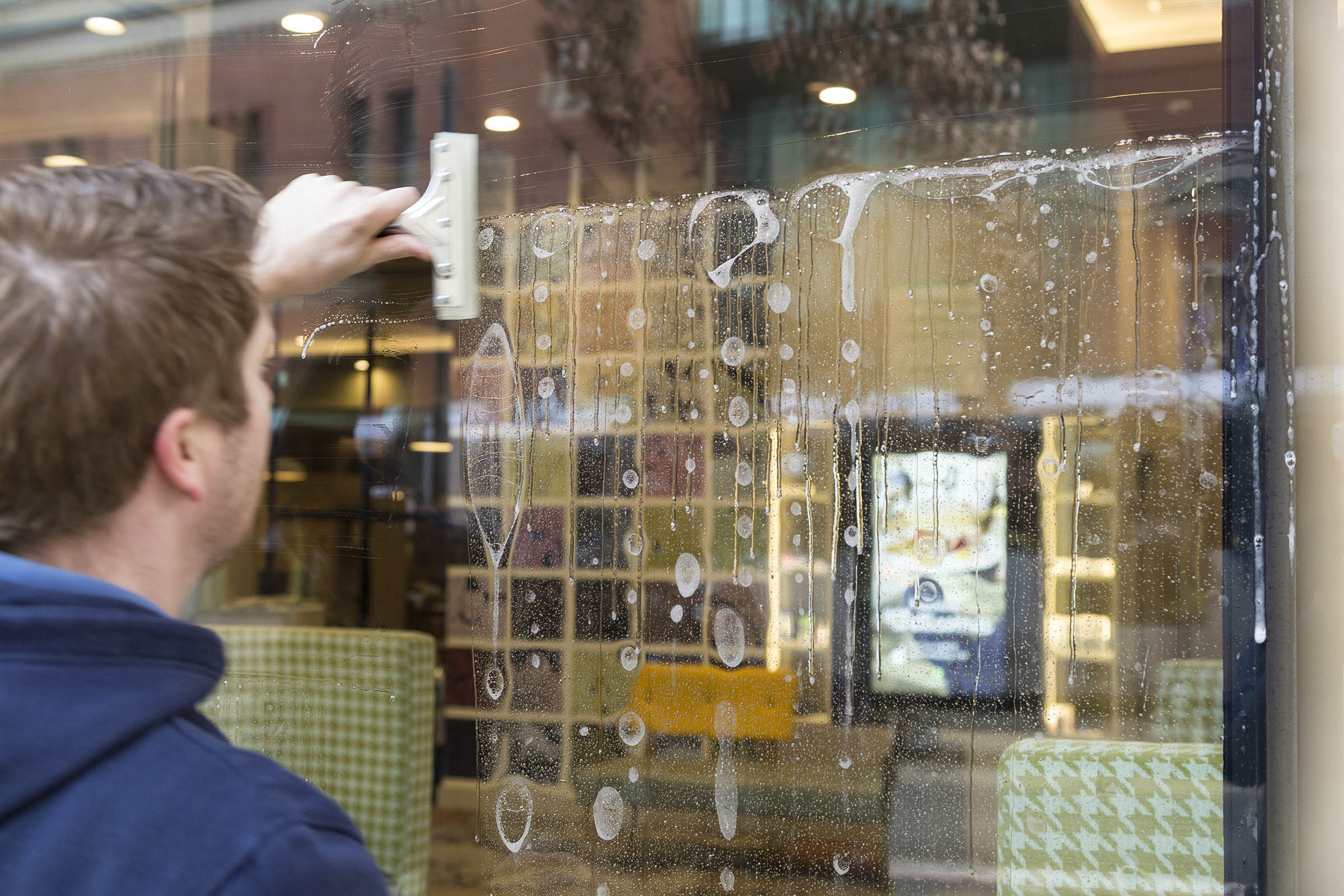 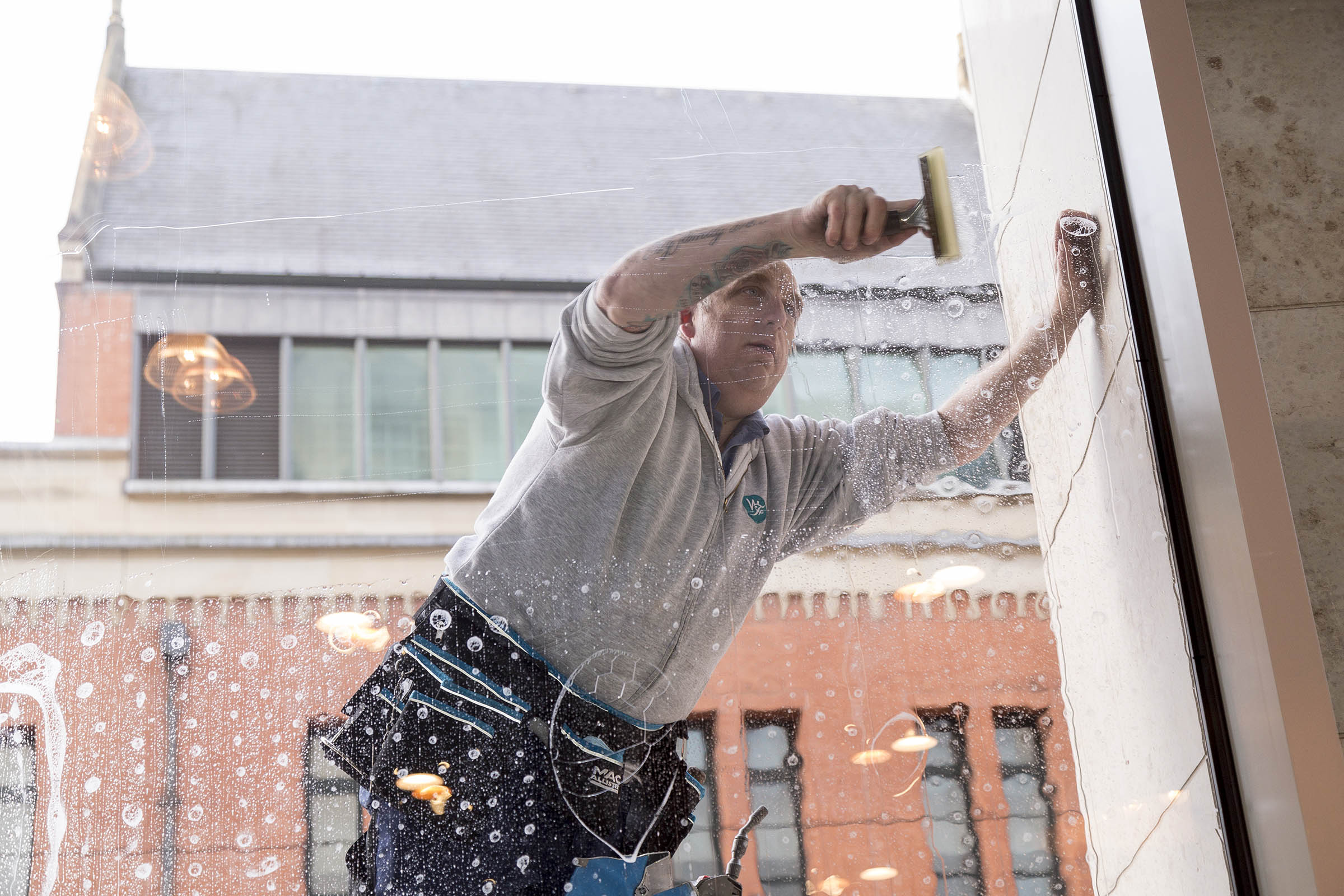 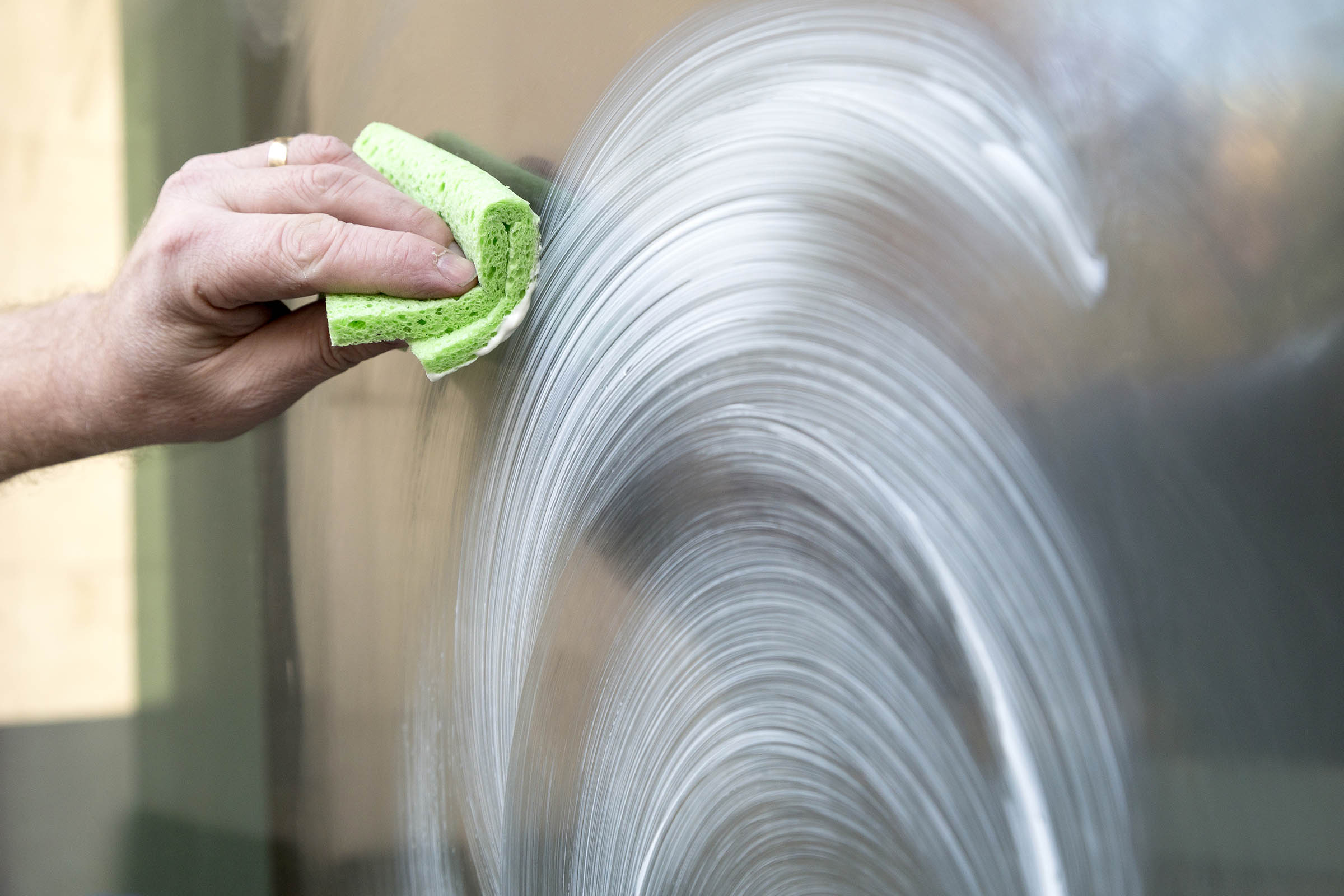 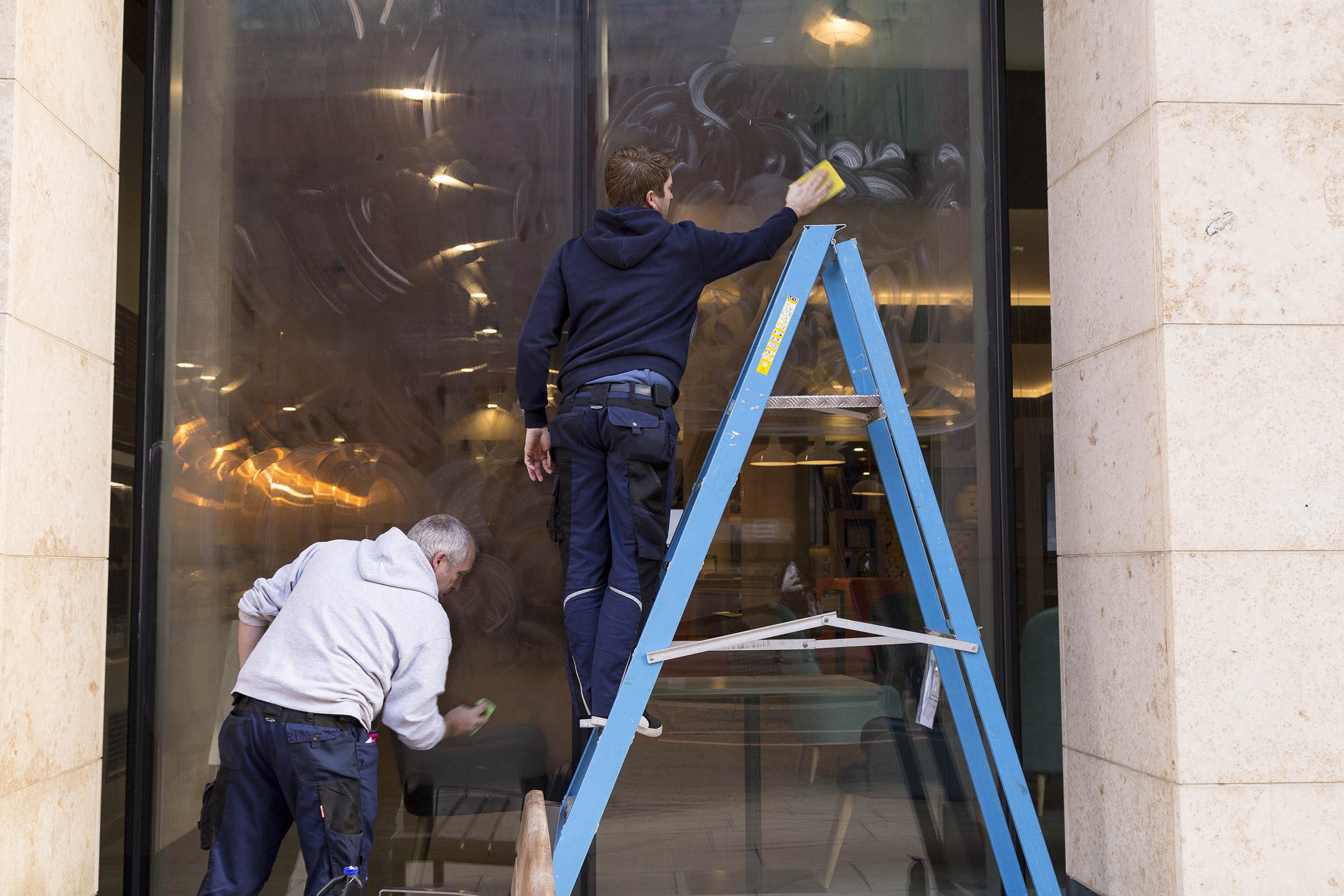 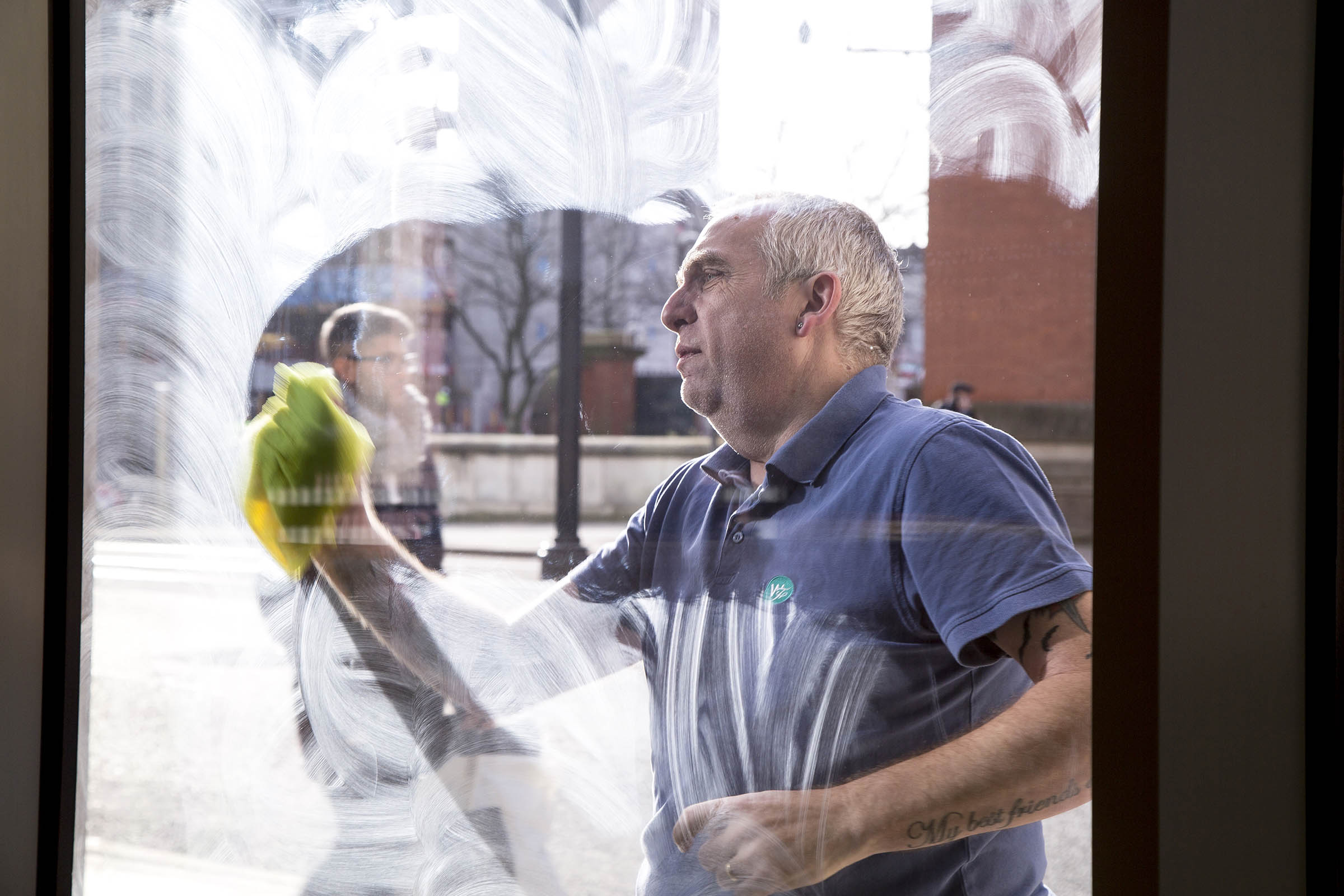 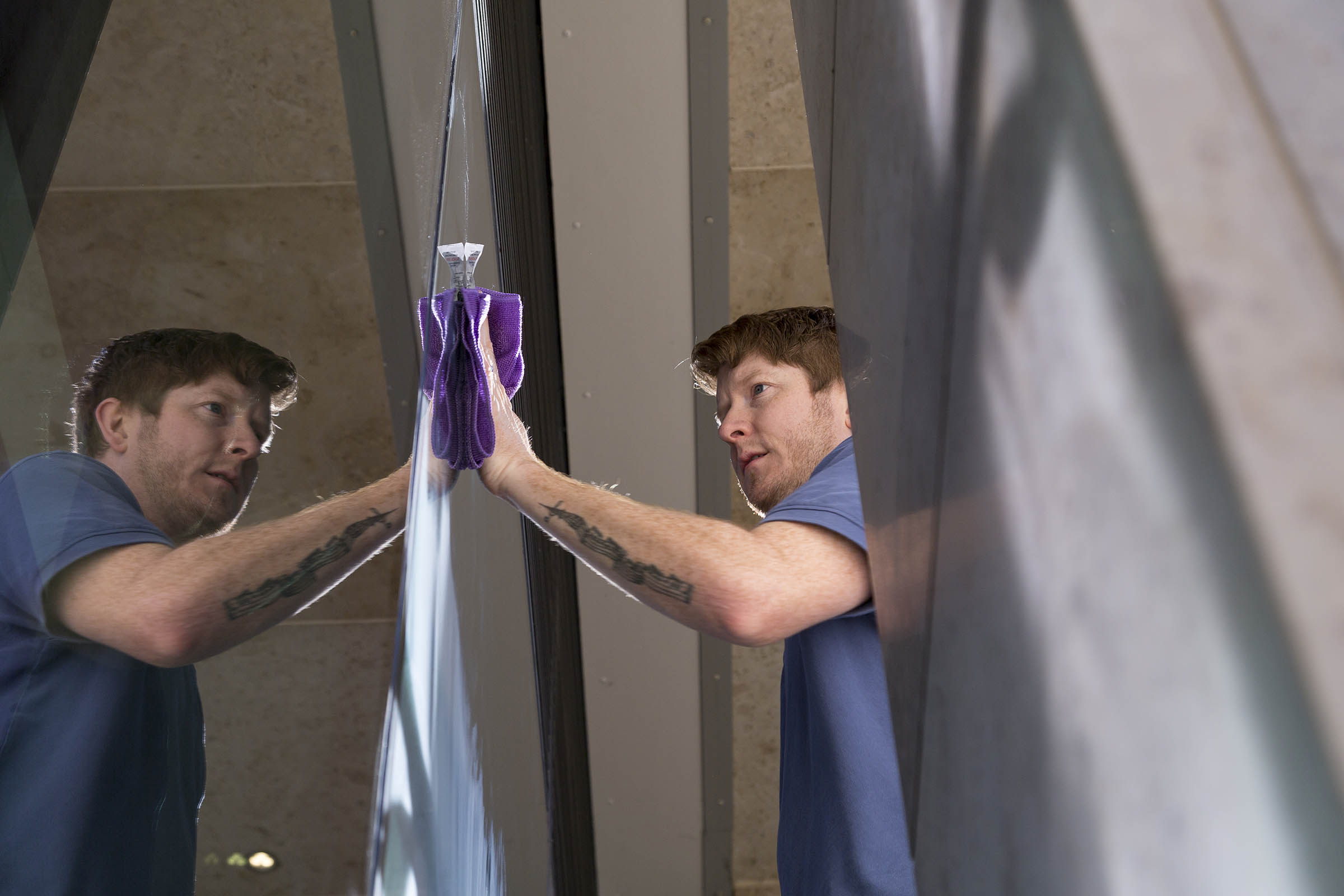 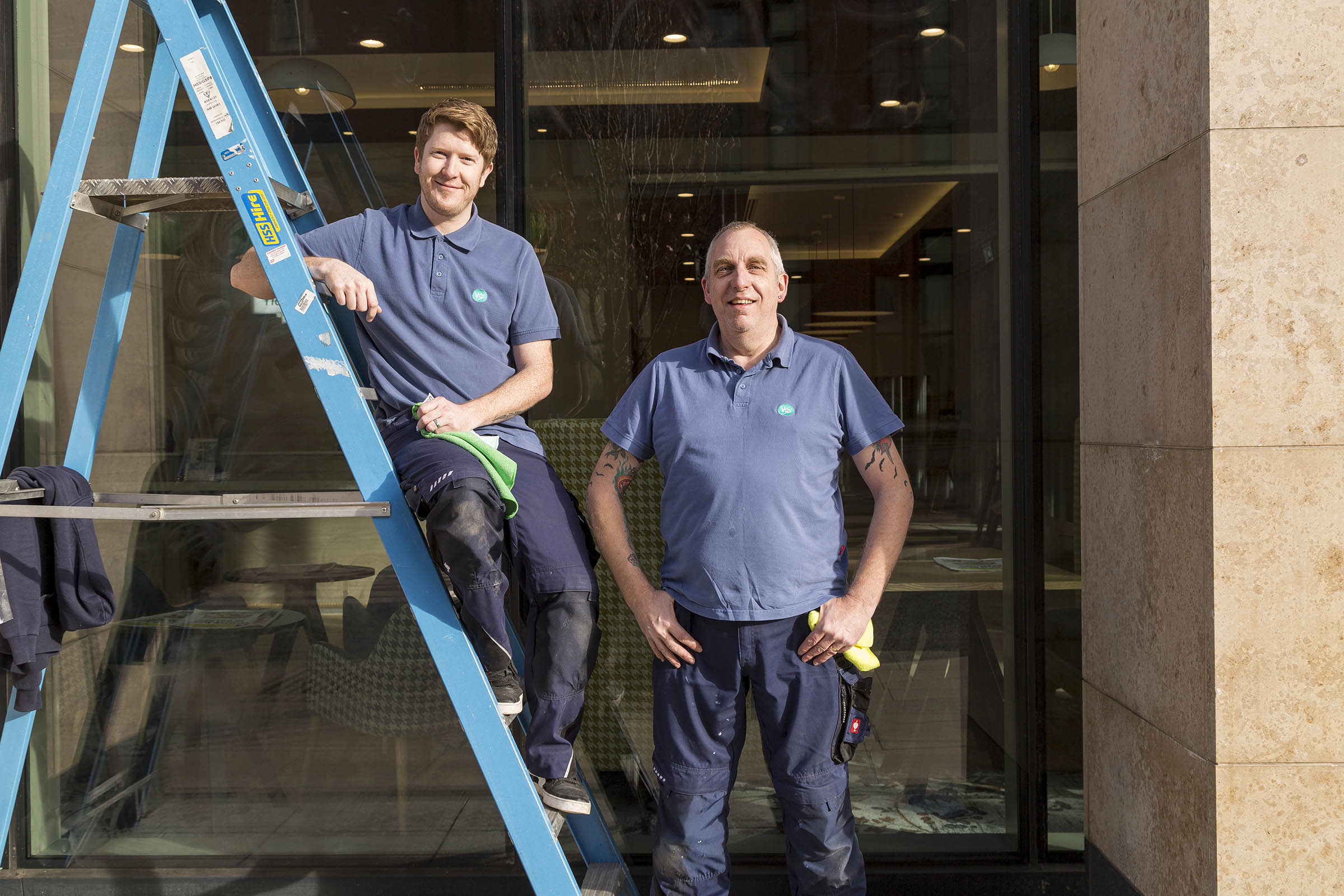 I was asked by the owner of ‘The Window Film Company’ in Birmingham to take photographs to illustrate a case study they wanted to use on their website.

A team was about to install protective film on the windows of the Holiday Inn, in Manchester city centre. It’s huge floor to ceiling windows sit on a busy bus lane and kept getting cracked from the stones and pebbles thrown up by the bus wheels, costing thousands. The Window Film Company’s team spent a day installing the film on the windows and my job was to photograph the process.

The team were obviously used to working efficiently and speedily, having done this many times before. Luckily for me there were lots of windows so I got plenty of opportunities to make sure I’d covered every stage of the process in the way I wanted to. I really enjoy working for a small to medium sized business and I think good photography can really help them to appeal to their clients. Photoshoots like this can also help enormously to explain the process to a potential client, show the standard of workmanship and the potential benefits much more effectively than any conversation.

Cadent needed to portray the working environment of their head office in Coventry and create a bank of images that could be used across LinkedIN pages, their career’s site and recruitment sites to attract new employees.