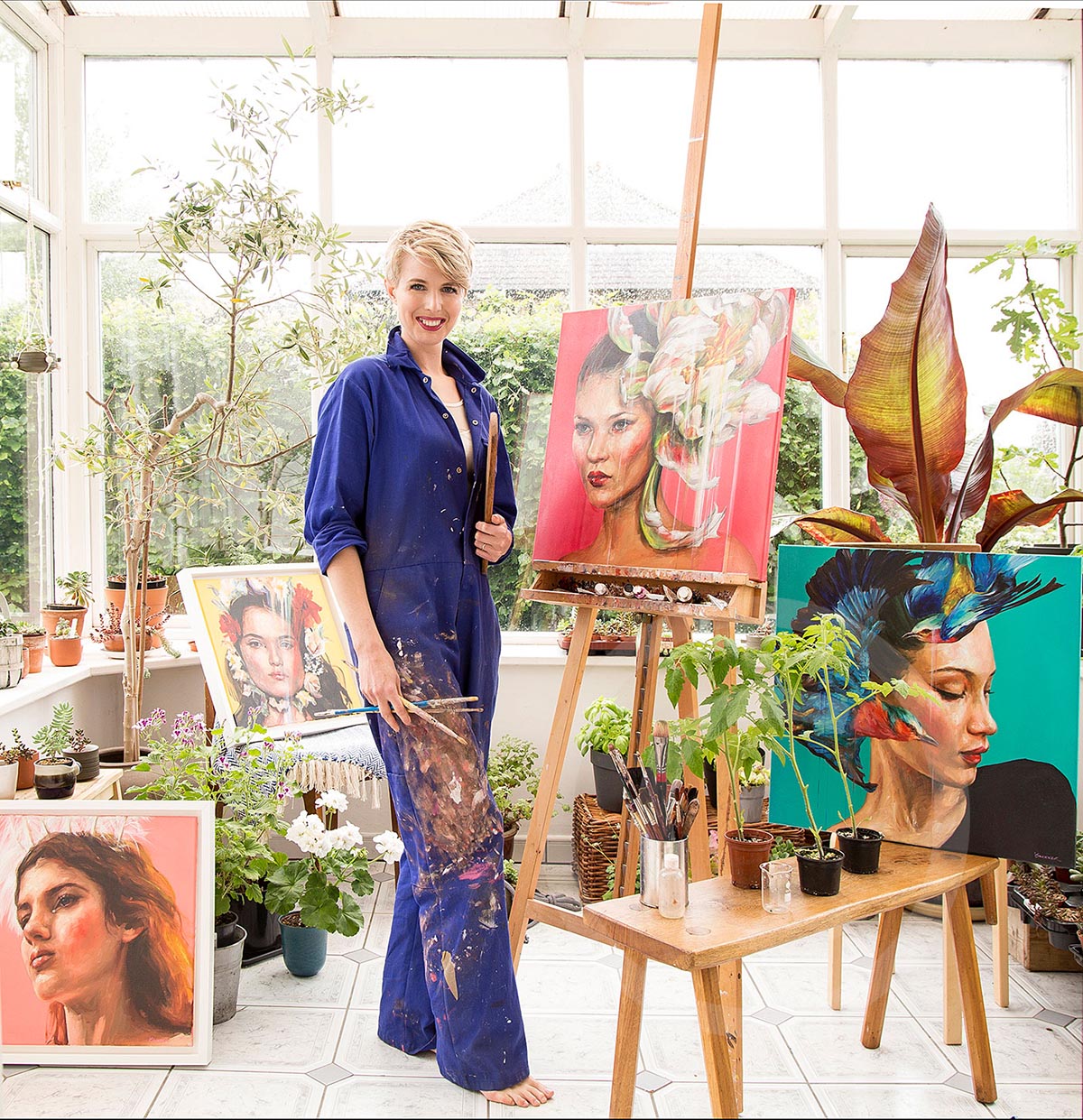 Welcome to my Spring newsletter which jumps back to this time last year. My photoshoot for Grazia magazine’s ‘Digital Detox’ feature with artist Bay Backner in Saltaire was one of my favourite jobs. For a start, I love photographing artists and creatives. Then to be presented with a beautiful location and to top it all off Bay managed to look amazing in a paint-splattered blue boiler suit! Thank you to Bay for such a lovely and relaxed shoot. 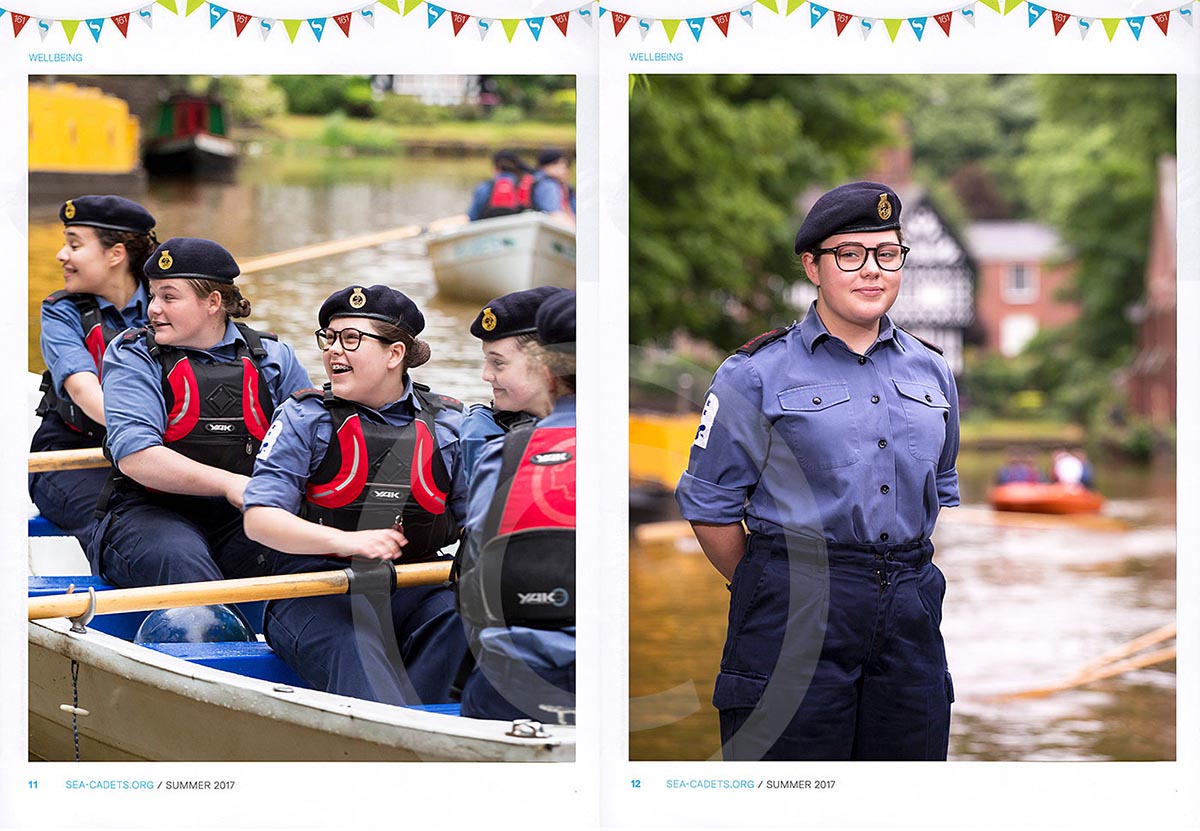 This was a fun shoot with Kate for Sea Cadets magazine on the river Irwell over in Salford. I had a great time standing on a bridge calling out my orders to the girls in the boats below in my attempts to get everyone in the right spot. I’ve never had such well-trained models – these girls are amazing and Kate was inspiring. Be sure to check out the magazine shoot gallery. 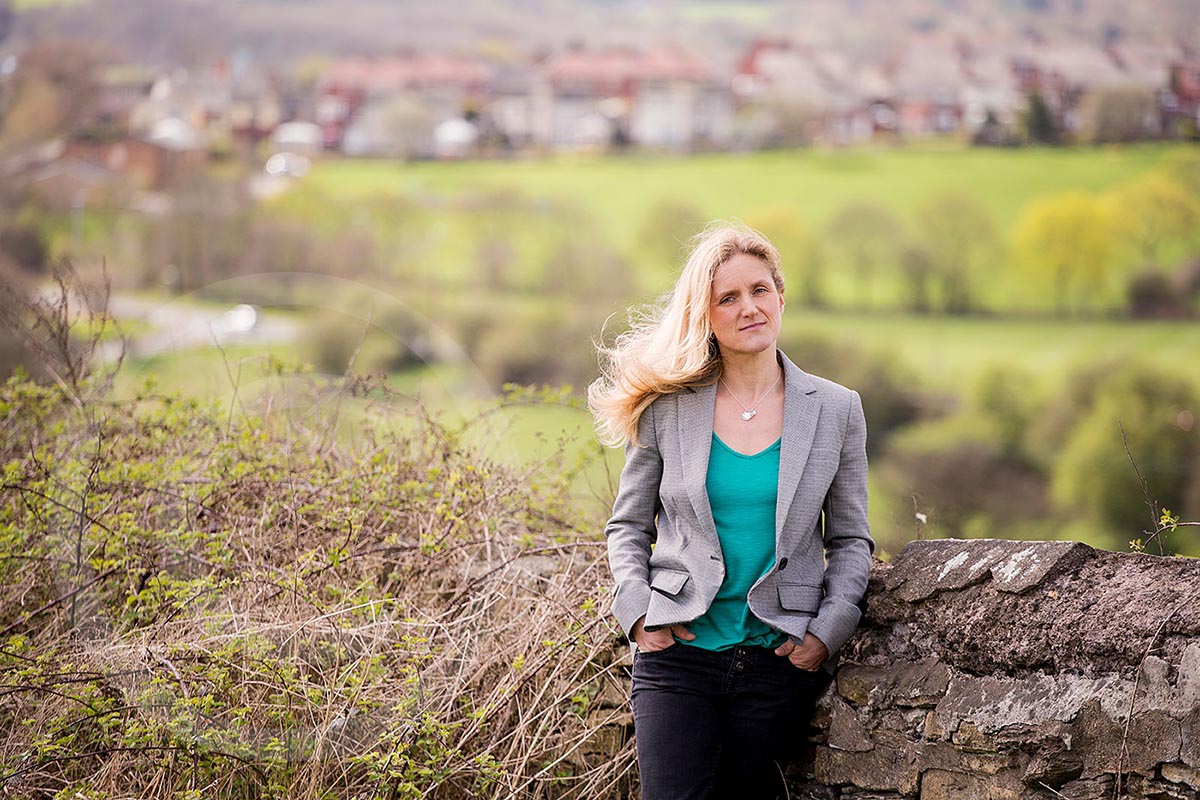 It’s nearly two years ago that Batley and Spen MP Jo Cox was murdered. Batley is very close to where I live and like everybody I was deeply affected. A year later I photographed Jo’s sister Kim, for an article in Grazia magazine. I was nervous and worrying about what to say. I took a deep breath and knocked on Kim’s door. The door was flung open and I was greeted by Kim’s enthusiastic welcome followed by a big hug. Kim is such a wonderful, kind woman, full of energy and is working so hard to continue her sister’s legacy with ‘The Jo Cox Foundation’ and the #moreincommon & #lovelikeJo. 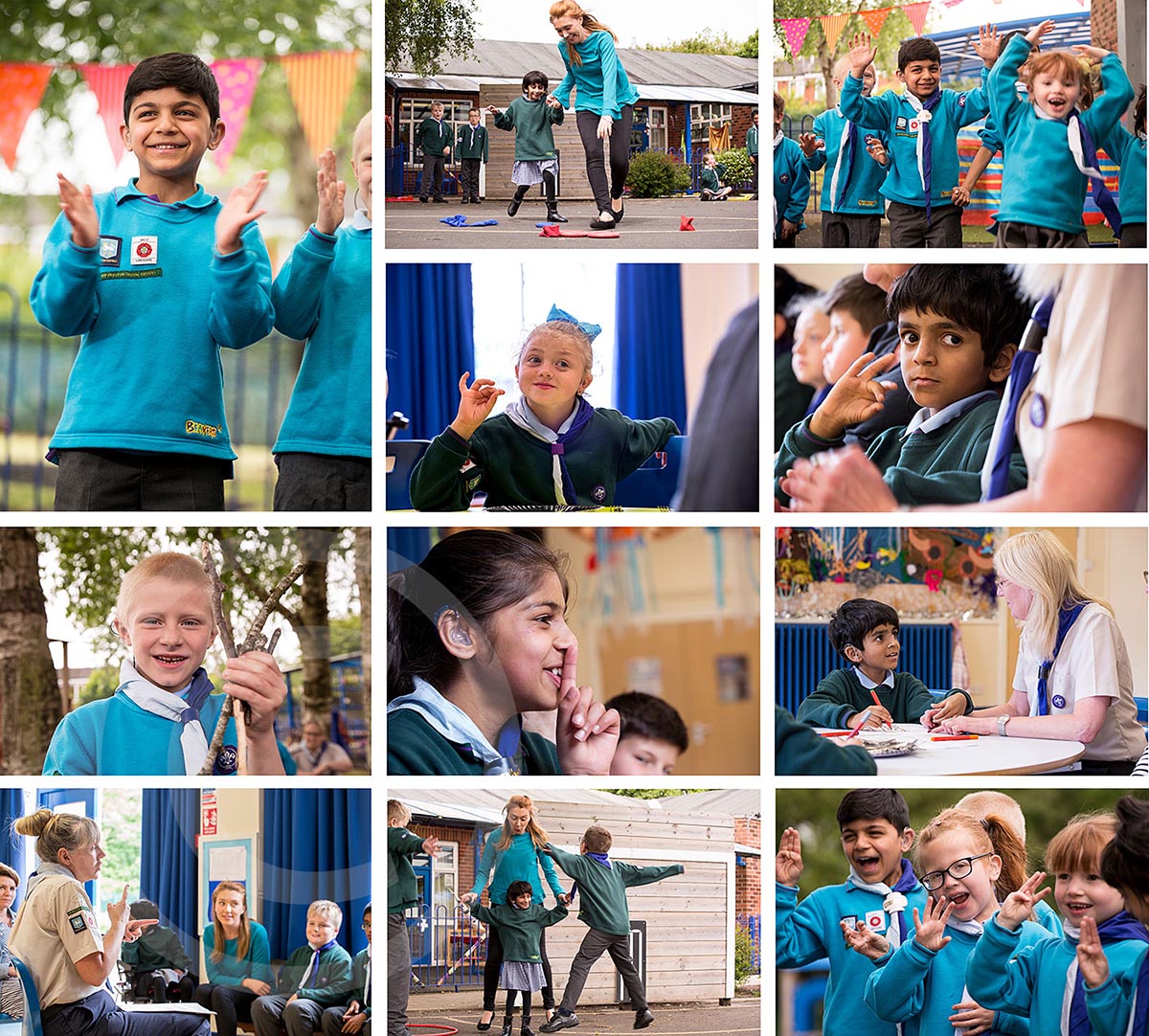 The Scouts are a wonderful organisation doing fantastic work, so I was really pleased to do the photography for a feature in Scouting magazine. With Art Editor Elaine from Immediate, we visited Lancashire’s School for the Deaf, which runs a scouting group. The kids were fantastic and there were some real characters. They really enjoy their scouting classes and had loads of fun. 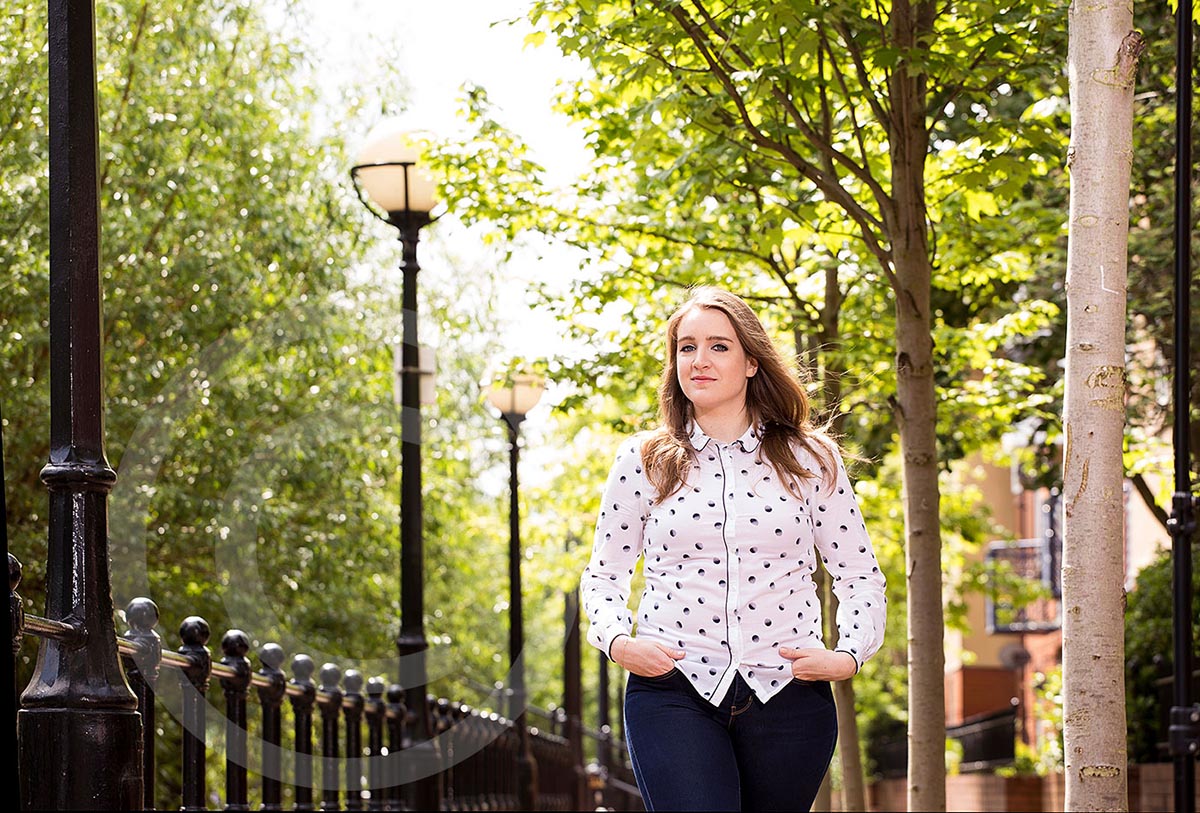 This was a second commission for Grazia’s ‘Digital Detox’ feature. Lina said she hadn’t realised how much time social media was sucking out of her personal life. After recently moving to Manchester she now uses the freed up time to explore her new surroundings and as a result Lina now spends more time walking, socialising and reading. 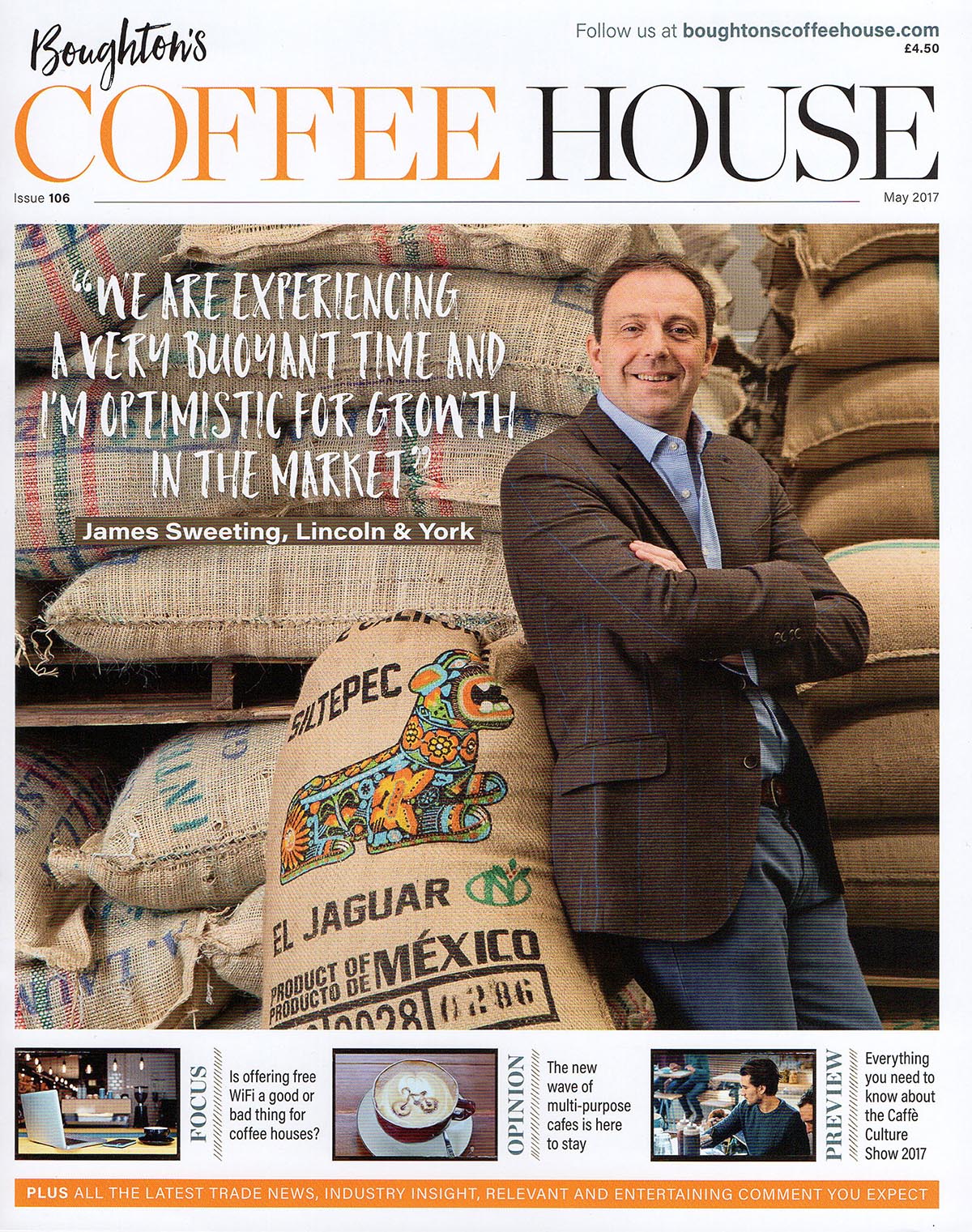 I really do need to start liking coffee – it’s embarrassing on these Coffee House magazine shoots having to ask for a tea instead! I met and photographed James Sweeting the MD of Lincoln and York over in Lincolnshire (not York). 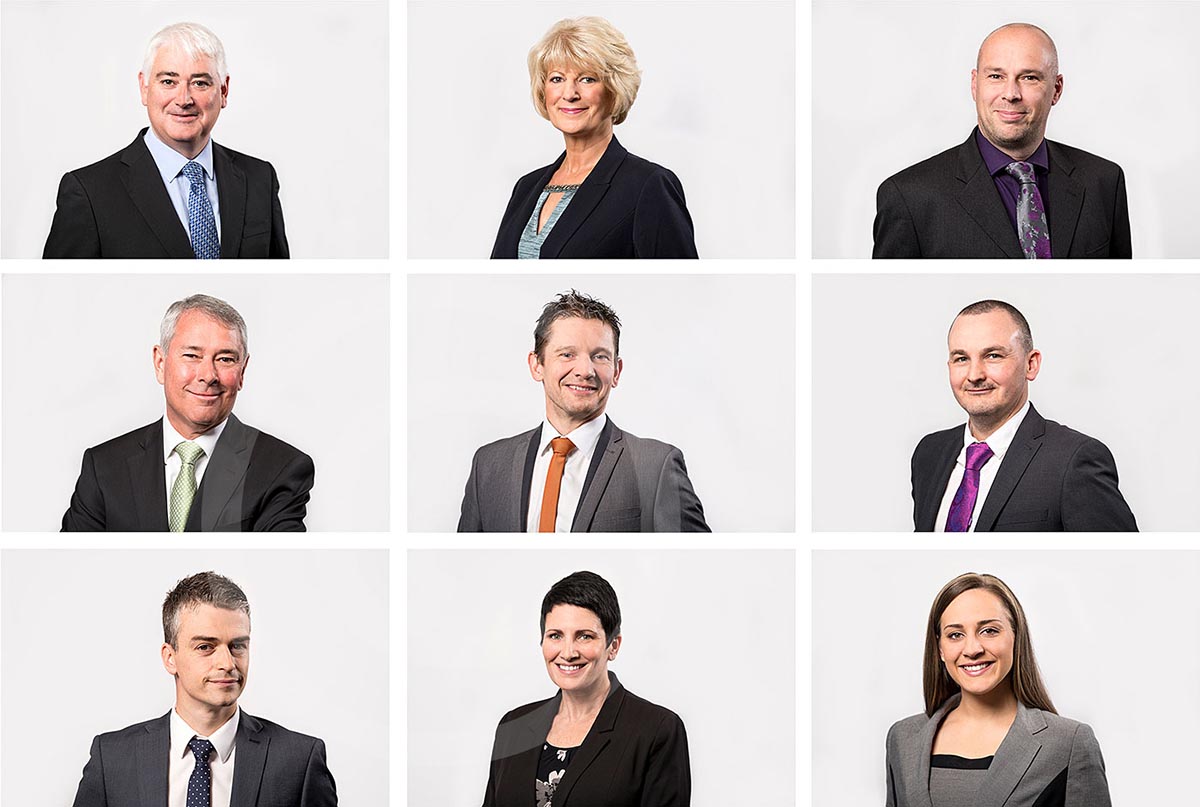 A set of corporate headshots for Datel over in Warrington to keep them nice and up to date. Always lovely to work for. 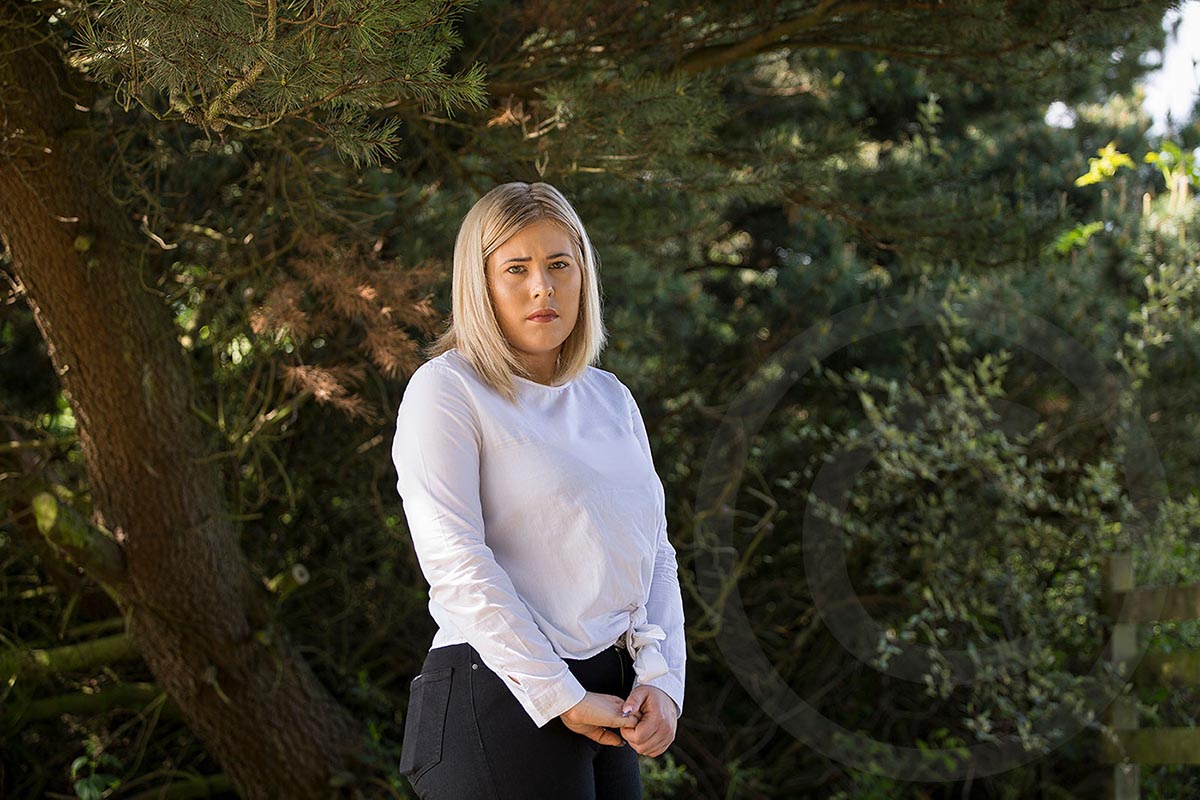 I photographed Alicia who was at the MEN Arena on the 22nd of May when the terrorist Salman Abedi set off a bomb killing 22 people and injuring hundreds. It’s one year on now but when I photographed Alicia it was only a few days later. My heart went out to her. She really didn’t know what to do with herself and couldn’t understand how people were still going about their daily lives as normal. 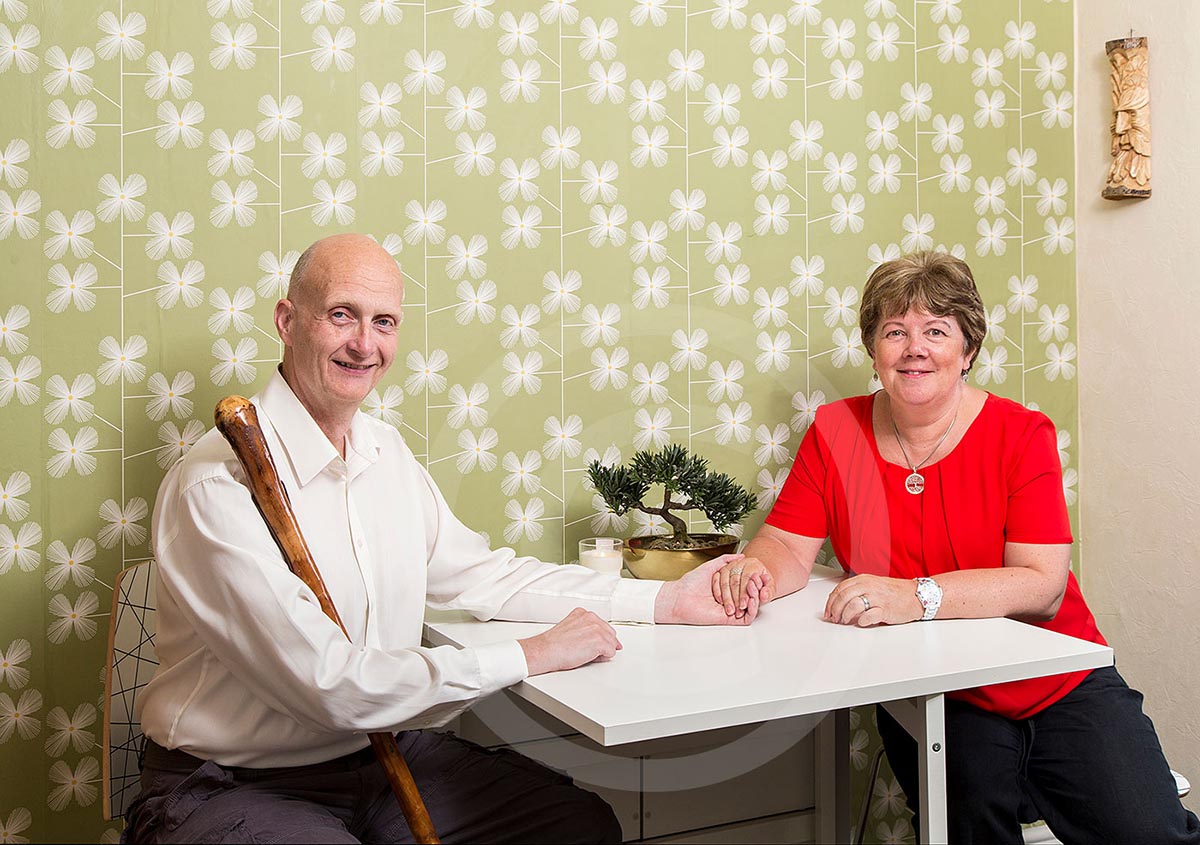 It was a pleasure to meet Richard and Jan Bones in Cheshire to photograph them for a Woman’s Own article on multiple sclerosis. Richard has lived with MS for a long time and was the perfect person to advise Coronation Street’s actor Richard Hawley on his, then, upcoming MS storyline. The two Richards were introduced via the MS Society and have now become friends. 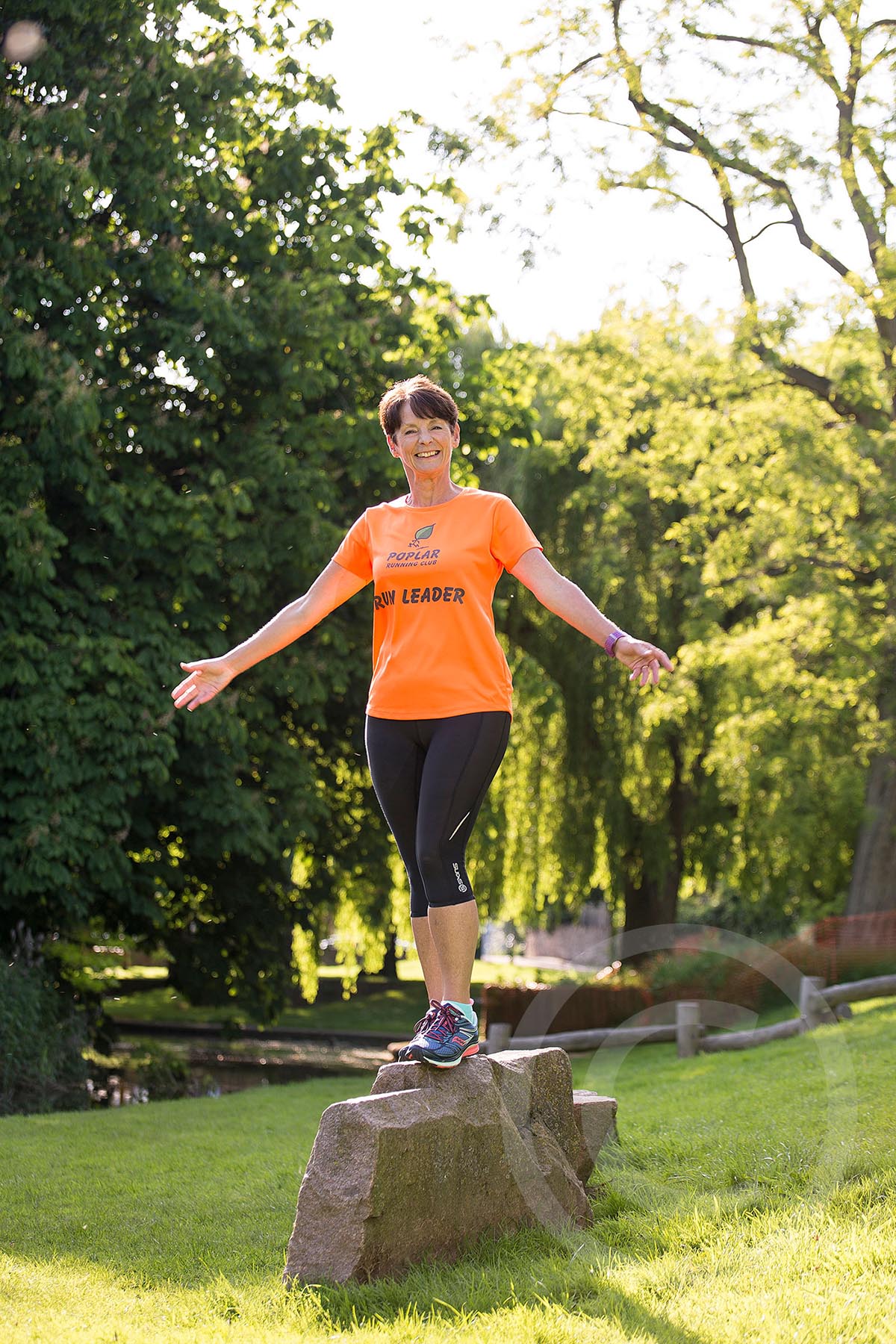 Down to Loughborough to photograph Sharon who volunteers as a run leader for Poplar running club in her spare time. This lady put me to shame! She is so fit and active, running back and forth along the route encouraging everyone along. So enthusiastic but in a calm and kind way rather than a Sergeant Major shouty way. 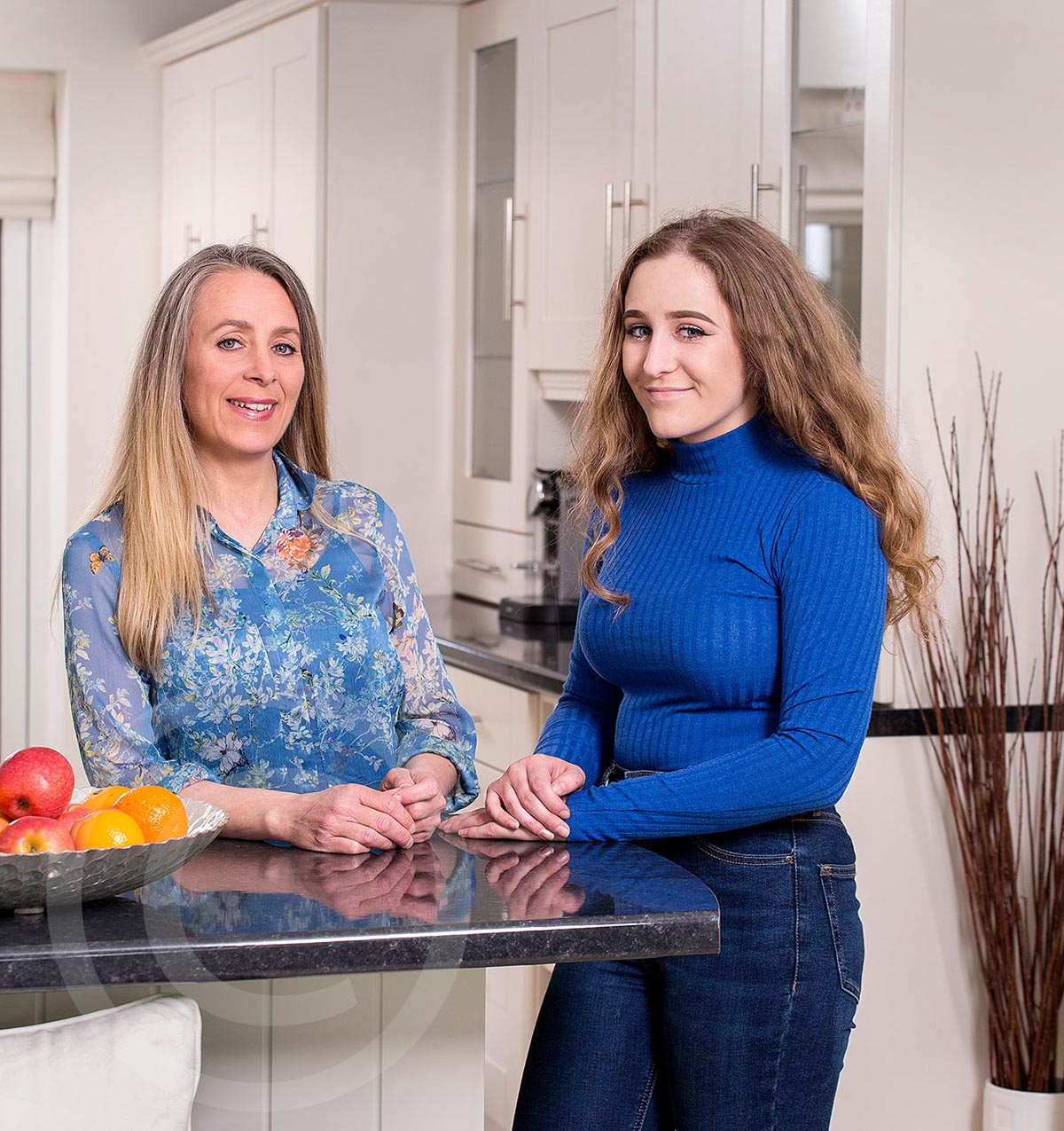 Helena and her daughter Olivia were lovely to photograph and I was made very welcome. It was for an S Magazine health case study in East Yorkshire. Helen battled for years to get daughter Olivia’s rare condition diagnosed. 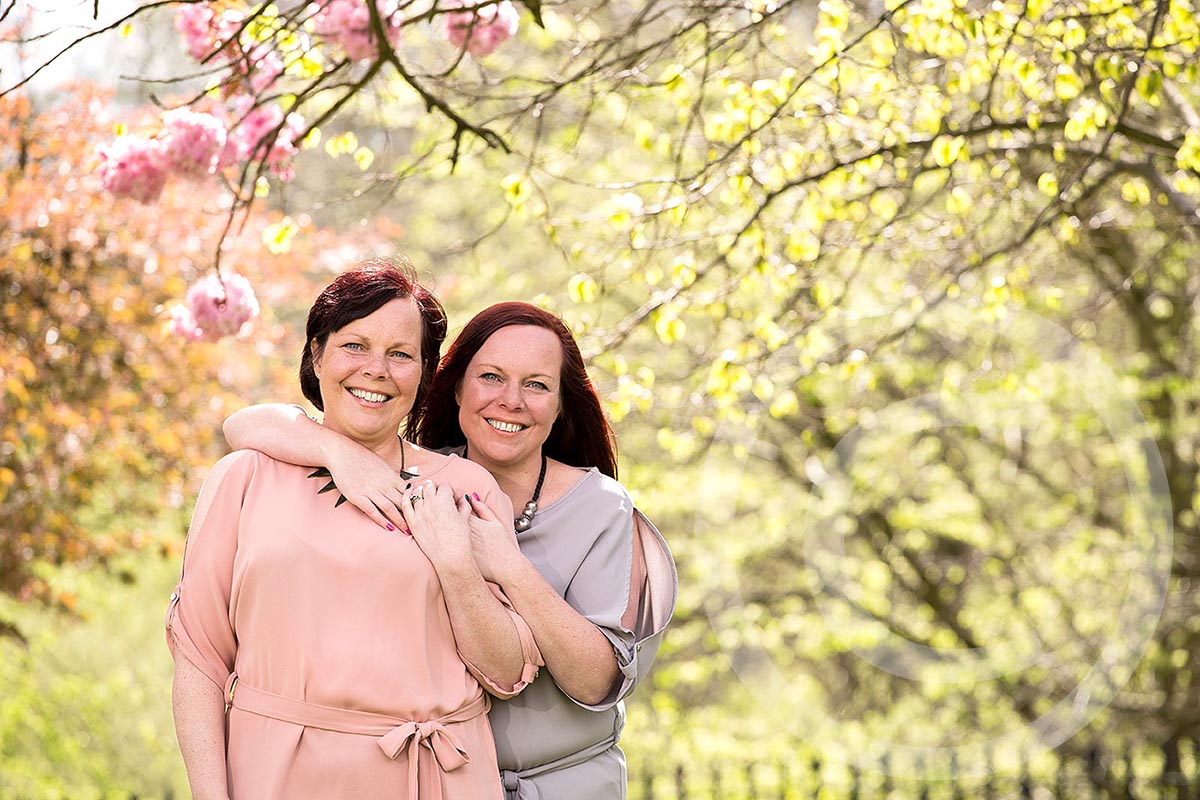 I met twins Donna (left) and Nicola (right) over in Stockport. The feature was part of a case study for You magazine about what it’s like to have a twin. Donna was diagnosed with breast cancer three years ago and it was really interesting to hear how they supported each other through that difficult time. 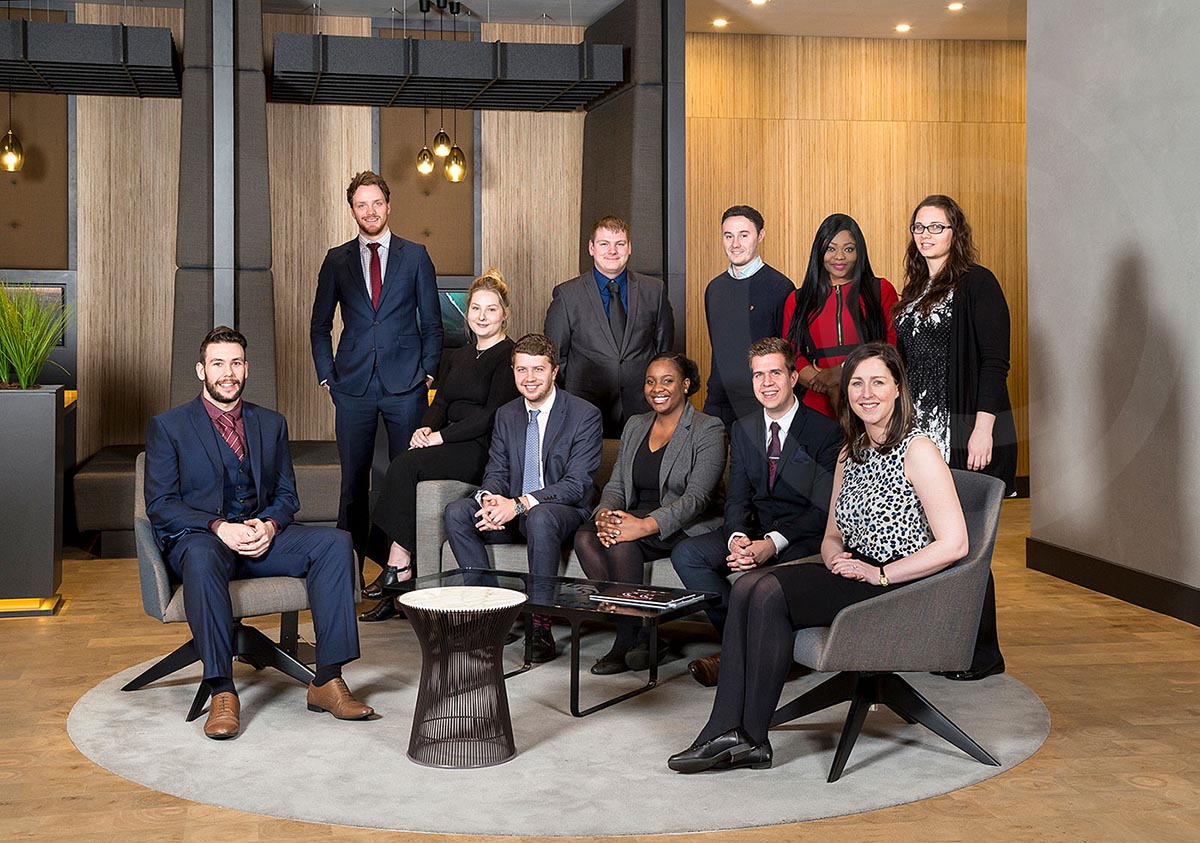 A corporate shoot now for Turner and Townsend in Manchester. Head shots followed by a group shot of the new graduates looking all lovely and smart. The foyer is often a good place for a group image, especially when it’s as snazzy as this. 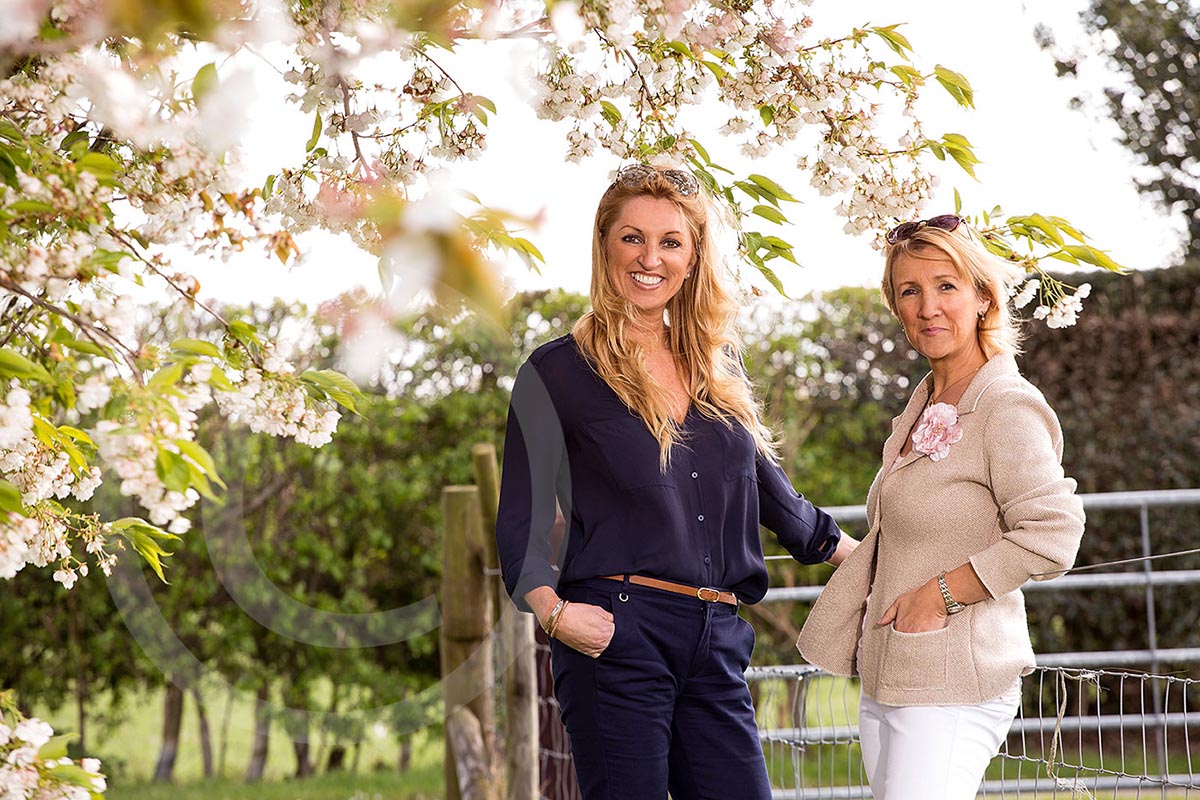 After Gillian (left) survived aggressive skin cancer she went on, with friend and business partner Katy, to develop Tancream, a daily lotion with SPF 50, five-star UVA and a gradual self tan plus instant bronzer. I photographed them in a beauttiful location in Easingwold. 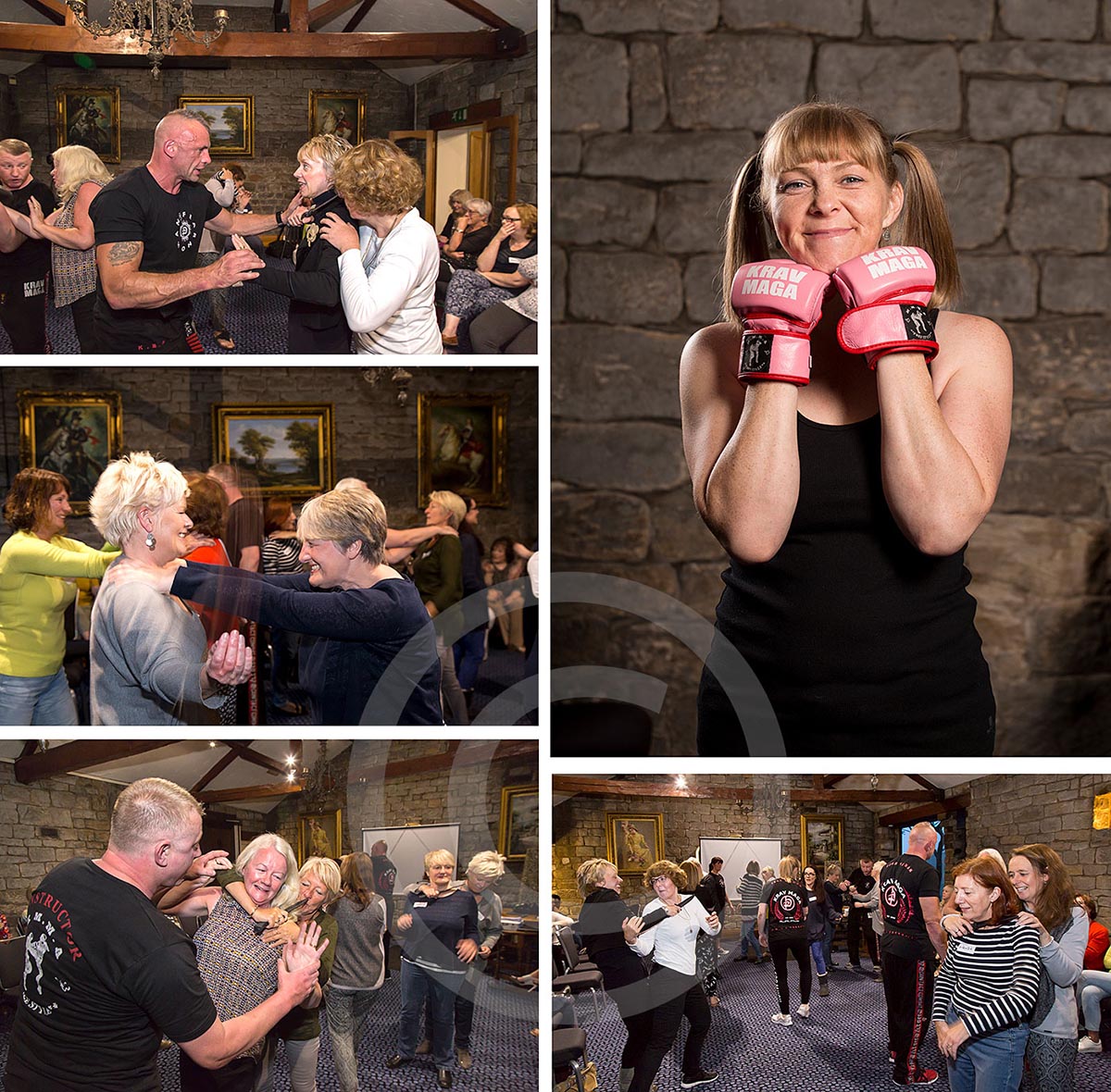 I visited the WI in Marsden with writer Hazel Davies, to cover their special class on Krav Maga, a hard core self-defence class. In the middle of the shoot I looked around the room and I was surrounded by pairs of women trying to strangle or assault each other with fake knives and guns. This one is definitely going on my list of freaky photoshoots!