My feet haven’t touched the ground this August, I’ve been wonderfully busy with work, two hen do’s and a wet weekend in Southport.  I’ve had some lovely jobs photographing Fiz from Corrie, eight-month-old triplets, a donkey and a child genius [not at the same time (now that would be interesting!)]

Back in February, Tally and I met the talented Thelma Madine for Woman magazine.  Thelma was in the middle of filming her new series ‘My Big Fat Gypsy Challenge’, and as soon as we arrived we were surrounded by girls wanting makeup tips, and a film crew running around filming arguments.  We had a great time. 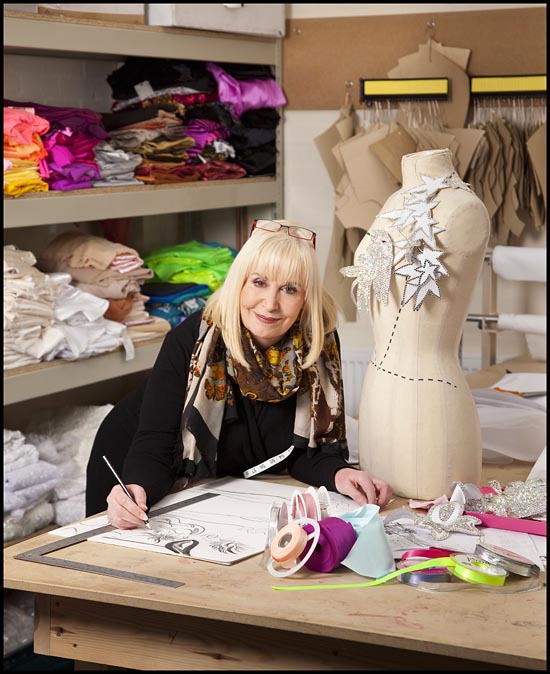 It was a pleasure to photograph Alexandra Singer for Glamour magazine, who has overcome adversity, to write the very well-received novel ‘Tea at the Grand Tazi’.

Alexandra spent three months in a coma, suffered memory loss and has had to spend months fighting total paralysis after an attack of the auto-immune disease cerebral lupus. 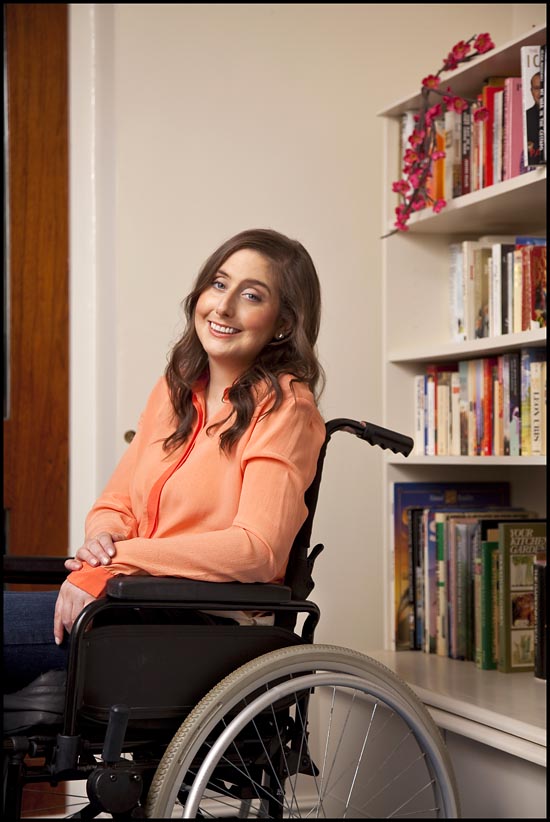 Another very inspiring story for Woman magazine.  Sue donated one of her kidneys to a stranger.  I don’t think you can get much more altruistic than that.  What an amazing thing to do. 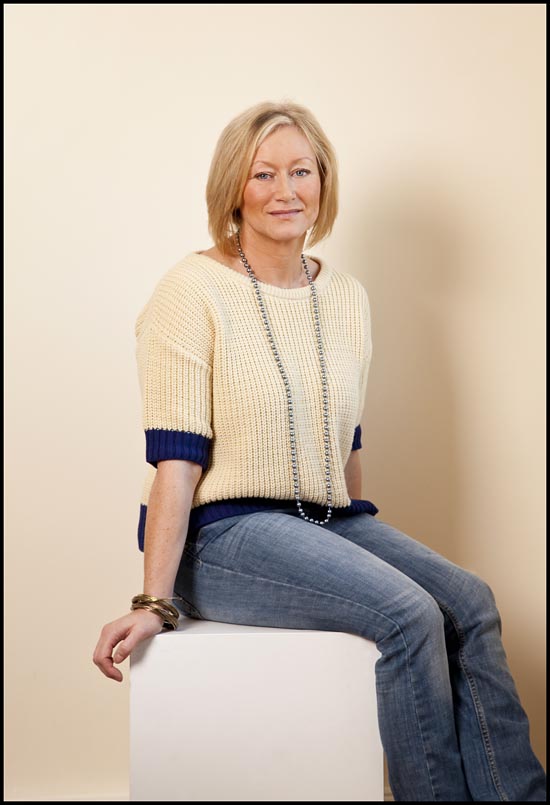 On a much more lighthearted note, I photographed Hazel Davis’ bottom for her feature on curvaceous derrieres for Femail. My mission was to make Hazels’ bottom look as big as possible. Here is one of the outtakes! This has to be one of the more bizarre shoots I’ve done. 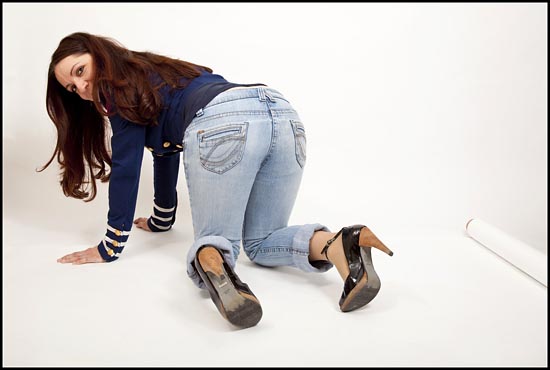 Ahh, far more sophisticated now.  Tea, biscuits and a shoot in the grounds of a very grand old house.

Growing magazine commissioned me to photograph John Ravenscroft who established one of the largest garden centres in the world – Bridgemere. 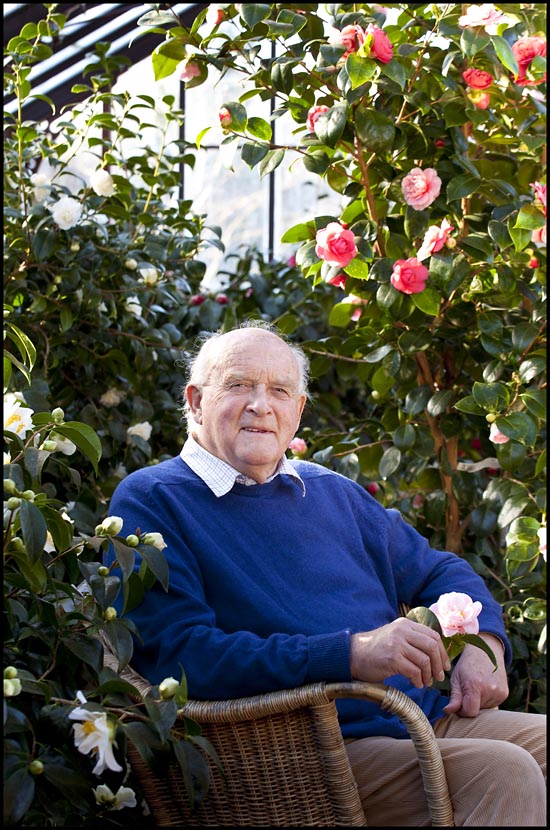 I photographed Louise for Fabulous magazine who, after losing her job, suffered from depression and OCD.  Louise is back on track now, but it’s not hard to understand how losing your job can impact on all areas of your life. 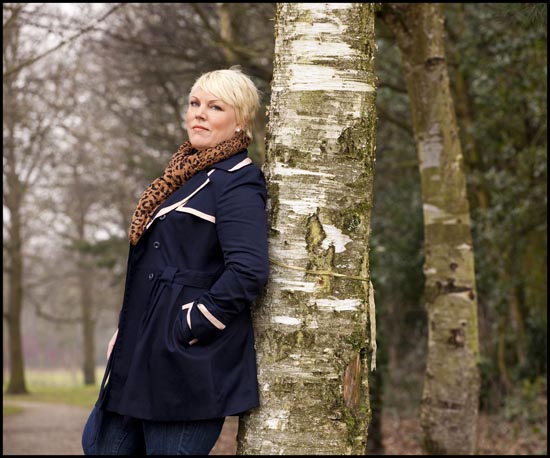 Robbie Savage was reluctantly persuaded to pull his ‘blue steel’ face for me (even though he claimed not to have a clue what I was talking about and made me show him how to do it!).  Good job I’d done my research – click to learn more about the Blue Steel pose if you fancy a go.

I think he pulls it off well though?  Photographed for ‘Fabulous does a blow dry with Robbie Savage’. 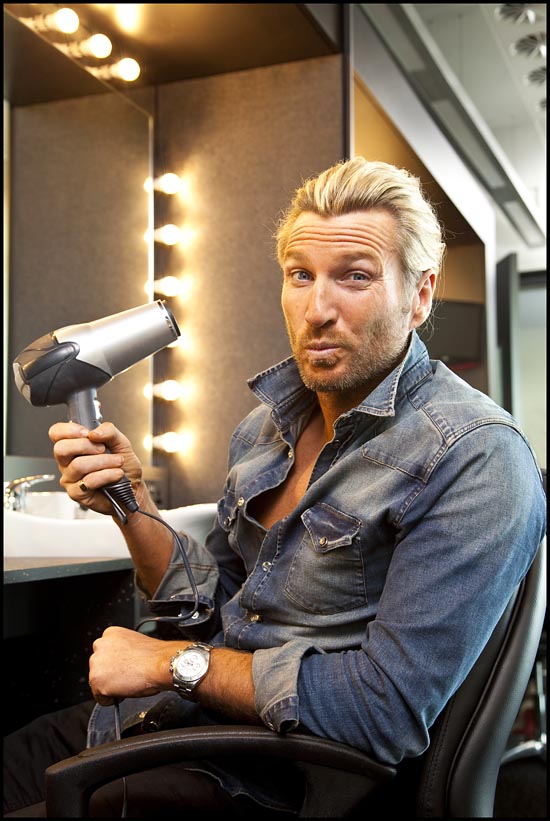 That’s it for now – I’ve just managed to get this out on the last day of August by the skin of my teeth.  I’ll be more organised next month – honest.